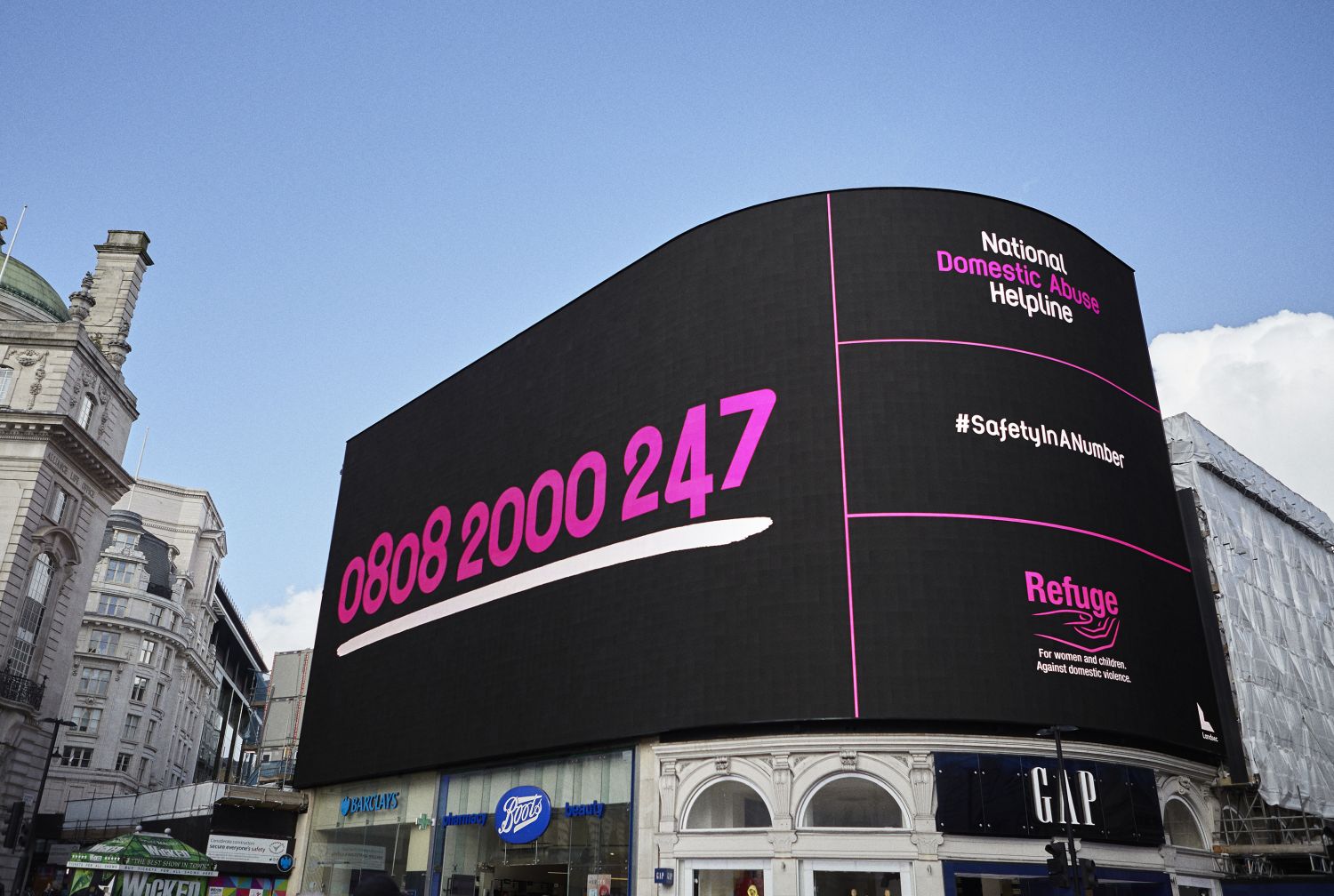 Domestic abuse is an issue which affects almost one in every three women. This is why Refuge is on a mission to make the Helpline as famous as possible, by broadcasting it across TV, OOH and social media so that every woman knows this incredibly important number and shares it.

The campaign, created by BBH, is launching with a simple powerful idea. On International Women’s Day, high-profile women will change their name on Twitter to the National Domestic Abuse Helpline's number. By doing this they are donating their most famous asset, their name, to give fame to the Helpline number - 0808 2000 247. Through leveraging the power of social media, and harnessing the collective force that people have when they come together behind one message, the aim is for Twitter to become awash with the Helpline number so that every woman sees it.

The National Domestic Abuse Helpline is at the heart of how this country responds to domestic abuse and is crucial in helping women recognise all forms of abuse and escaping it. Since November, the Helpline and the new domestic abuse website are now solely operated by Refuge, giving more survivors access to emergency and other domestic abuse services across the country, as well as essential emotional and practical information. Calls are confidential and support is non-judgmental and non-directive – the Refuge team won’t tell women what to do but empower them to understand their options. The Helpline runs every hour of the day, every day of the year.

Because domestic abuse affects so many women, from all walks of life, across the UK, it is vital that as many women as possible are aware of the National Domestic Abuse Helpline.

This insidious life and death issue remains poorly understood and hidden behind closed doors, yet across the country thousands of women and children live in daily fear of violence and abuse in their own homes; it is the biggest issue affecting women in this country today.

Sandra Horley, CBE, chief executive of Refuge says: “Refuge’s Freephone 24 hour National Domestic Abuse Helpline is at the heart of how this country responds to domestic abuse – it is a lifeline to hundreds of thousands of women across the country. Statistics in 2019 showed that almost half the number of adult female homicide victims were killed in a domestic homicide - leaving children without mother, parents without daughters, families without loved ones. 0808 2000 247 is a number that every woman should know. Today, International Women’s Day, Refuge and an amazing band of high-profile women will work to make this a reality. Women’s lives depend on it.”

Nikki Lindman, creative director at BBH London, says: “We always say simple ideas are the most powerful ideas, and this one was simply powerful: Giving the number fame by harnessing fame and our culture of followship felt instinctively right, and social media was the natural place to go. A lot of lives will be saved because women looked out for each other on International Women’s Day.”

Alongside the Twitter campaign, the Helpline number will also take over the largest advertising display in Europe - London's Piccadilly Lights - at midday on the 8th of March, making the number unmissable. This has been made possible as a result of Ocean Outdoor donating the media space. Finally, BBH is creating bespoke 10 second idents, featuring a voice over from Refuge patron Olivia Colman, which will be running throughout the day thanks to the help of independent media agency Electric Glue and donations from Sky and A+E Networks UK. The aim is to promote the Helpline and drive awareness of the number, reaching all women, from all walks of life, up and down the country.

This big and bold campaign will ensure that on the 8th March, every woman should know the National Domestic Abuse number, thanks to Refuge.