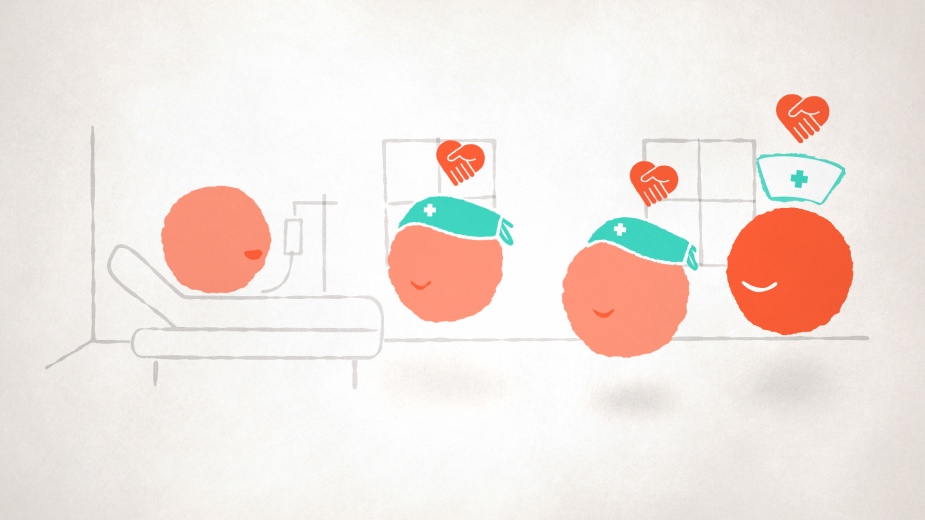 The collective – launched by furloughed ad people to support small businesses and charities – has released its first piece of creative work.

The TV ad is for Thank and Praise (TAP), a social thanking platform for people to show their appreciation to healthcare and education workers. By using the platform thanks can be given to individual nurses and teachers or entire hospitals and schools. During COVID-19, this has been opened up to all key workers.

The 30” animation sees a nurse receive a thank you message before sharing it with her colleagues around the hospital. The charming illustration was created by Daisy Louder at Coffee & TV and the poetic voiceover was performed by award-winning Hannah Melbourn. Both were part of a long list of people who gave their time and goodwill to make the project happen.

Mark Teece and David Finch, the creative team, said: “With TAP your thank you is permanent, so new people can see it every day. That’s what led us to the idea of ‘The thanks that keeps on thanking’. From there we had 2 weeks to produce the film. It needed a massive group effort. We were surprised how easy everyone made it having never met or worked together before.”

Patrick Melville, TAP’s marketing director, said: “TAP is all about positivity and goodwill. So for a small business like ours to have the chance to work with such passionate and talented people has been incredible. We couldn’t be happier with our first ever TV ad.”