Not Even John Hegarty Has Heard of the Secret Friday Club London... 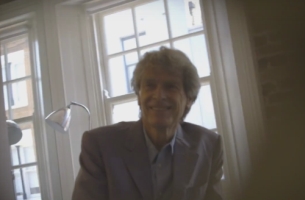 Friday Club London, the secretive and highly exclusive club that connects the country’s most exciting startups with top marketers, has gone public today with a tongue-in-cheek film titled #DenyEverything.

Founded in 2012, Friday Club was launched as a not-for-profit way to to help startups, who often cannot afford top comms talent, link up with the marketing industry’s best people. The smartest marketers bring their marketing expertise, their creativity and their corporate black-books, while the startups bring their insight into new tech, new business models, and new ways of working.

FCL members are made up of a highly-vetted pool of over 400 of London’s best-regarded C-level marketers, which includes - in addition to those already mentioned - the likes of Nick Farnhill (Poke Founder and Partner), Lawrence Weber (Karmarama Managing Partner) and Sophie Lavender (Virgin Media Head of Consumer Planning).

Friday Club London has an stunning track record for working with the rising startup stars. 180 young companies have benefitted from the club’s events so-far, from Techcrunch Disrupt winners JukeDeck and runners-up Lystable, to other highflying names like Tech Will Save Us, Appear Here and Marvel Prototyping.

Now after years of semi-secrecy, Friday Club London is coming out of the shadows in a bid to boost its profile, help more startups and grow its membership.

Co-founder, VC and former ad man, Richard Fearn explains: "We set up the Friday Club London four years ago because we felt there were two communities: brands/agencies on one side and start-ups on the other, who desperately needed something the other had.

"We thought that if we could bring them together in the right way through fun, active, events, then perhaps a successful value exchange could happen and we were right. So far we’ve had incredible success, and we want to build on this - hence going ‘public’."

Co-founder and Partner at Congregation, Matt Wells adds: "In the last few years the number of events, conferences and programmes featuring and built around startups has grown exponentially. But even today startups, who are typically cash and time-strapped, are too often drawn into present at events on the promise of product-pilots and senior introductions that never materialise.

"Similarly, the corporate audience get to listen to a few great companies and then disappear back to their desks with little more than they could have read on TechCrunch. Friday Club allows for a value exchange that you just can’t find anywhere else, creating stronger ties between the two communities."

Sophie Lavender, Head of Consumer Planning at Virgin Media, adds: "There’s a reason why more CMOs are becoming CEOs; experiencing how tech innovation can be catalysed by customer focus and communication is a stirring way to start your weekend. I never fail to leave Friday Club London uplifted and inspired."

To find out more about the Friday Club London and how to become a member, click here.