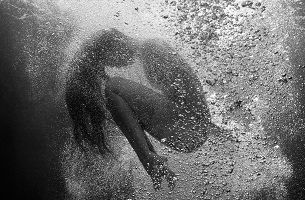 Today sees global advertising and design awards show The One Show release its fourth instalment of ‘Creativity Cheat Sheet’. In a series of five country profiles, The One Show has connected with some of the most impressive creative agencies across the world to provide an invaluable insight into the power-countries that are reshaping the landscape of advertising and design.

With the world’s most impressive advertising and design being entered into The One Show every year, the team that leads the non-profit organisation (The One Club for Creativity) has a keen eye when it comes to what’s hot.

“Norway is a treasure chest of creativity that is being led by a number of intriguing independent agencies and design companies. With a small but wealthy population, when it comes to ad spend per head, highly artistic and innovative design has flourished. Standing proud amongst its Scandinavian neighbours, the eyes of the world have been turning their heads towards the land of the midnight sun,” says The One Show CEO, Kevin Swanepoel.

One Show> In one line, how would you describe your local market? 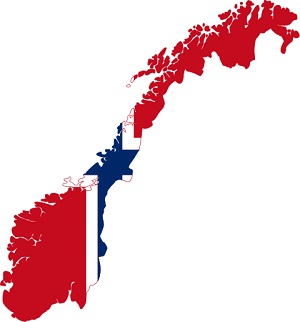 Kristian Schøning-Kristiansen, SMFB> Quite small, but with highly educated consumers.

Doffen Trellevik, MK Norway> The Norwegian market is quality conscious, flat-structured and served by a number of world-class independent agencies

Gaute Tenold, Anti> Friendly, but competitive. We´re a tiny market in a tiny country, so everybody knows everybody.

Tonje Jæger, Scandinavian Design Group> Scandinavian design has had a massive breakthrough world-wide, and Norway has finally stepped out of Denmark and Sweden’s shadow.

One Show> Why Should all eyes be on Norway right now?

Kristian Schøning-Kristiansen> Norway has always been Sweden and Denmark’s little brother but it has recently become the trendiest country in Scandinavia. Things have changed, and when it comes to architecture, design, arts, food, music etc. all eyes are now on Norway.

Erik Heisholt> A few very exciting smaller creative shops have been founded in the last two years. They work in ways that traditional agencies don´t even know exist. They work across disciplines and are collaborative and open. Heisholt Inc. is one of these shops. By far our most successful agency in the last 10 years is Try. They do great national creative work 12- 15 times a year, and great international work one or two times a year. Personally, I hold Anti, POL and SMFB as the most consistent creative advertising agencies. And ourselves, of course - but I don´t consider Heisholt Inc. an advertising agency!

Thorbjørn Ruud> The combination of being the wealthiest country in the world, mixed with very odd inhabitants, hopefully culminates in some spectacular ideas.

Gaute Tenold> Frankly, I think all eyes should be spread out all over the world. Not so long ago, you could define local trends and styles and you could see interesting stuff brewing in different countries around the world. I think that has changed in the last few years. Now you see individual designers and studios, from completely different parts of the world, finding inspiration from the same source (and each other) and creating a new style with an undefined origin.

Tonje Jæger> We’re in a time where the entire design industry attacks and tries to solve the wicked problems of the world. Norway has been in a privileged situation for years, but finally been pushed out of our comfortable sleep.  The combination of our strong design tradition, new technology and bright minds has really sparked a new vibrant start-up scene. The future seems bright.

One Show> What creative work are you most proud of?

Kristian Schøning-Kristiansen> Our campaigns for both IKEA, Geox and Diadora have produced great results for our clients and won a lot of international prizes. We’re very proud of them.

Doffen Trellevik> I’m proud of all the work coming out from MK Norway, but I think our industry has a tendency to showcase its ‘goodvertising’ campaigns and 1000 word-long case movies. So, I decided to feature our print campaign for Scwheppes, because I believe that brands can still tell more with one (good) picture than a thousand tweets - even in this age of social media.

Erik Heisholt> It has to be one of the most internationally talked about projects coming out of Norway last year - The Live Minecraft Concert. We took world famous British EDM duo Aluna George into Minecraft and did the world´s first live and simultaneous gig inside the game. The case video is probably too odd to win us international awards, but it was all over the global music, tech and gaming press when it was launched. It´s a good example on how we like to think. Ads are boring; therefore we try to create cultural phenomena. We´re also proud of how we launched the new visual identity of Norway´s second biggest music festival, The Stavern Festival, by tattooing the logo on the back of a 22 year-old dude.

Gaute Tenold> I´m really proud of our magazine, ‘A New Type of Imprint’. We showcase and discuss Norwegian creativity of all sorts. With our most recent issue, we expanded to include Finnish creativity and will, over the next three issues, tackle the rest of Scandinavia. It´s been a fascinating journey over 10 issues, from an experiment to see if printed magazines still matter, to worldwide distribution. 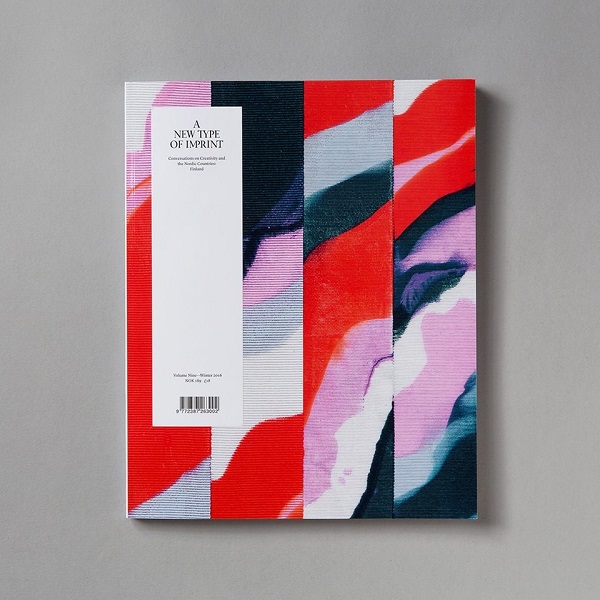 Tonje Jæger> ‘Breaking the Surface’ is a conceptual installation that was created by Scandinavian Design Group in 2015 for the 10-year anniversary of the Norwegian oil company, Lundin Norway.

One Show> Who would you say are the hottest up and coming creatives in your region?
Kristian Schøning-Kristiansen> I don´t have any specific names, but it´s impressive how Forsman & Bodenfors keep on producing talent.
Doffen Trellevik> I think the creative approach Snøhetta applies to architecture is something all creatives could learn from.
Erik Heisholt> Can I be so bold and suggest Heisholt Inc´s young trio, Martin Brurås, Christer Magnussen and our Icelandic Viking, Geir Helgi Birgisson. All of them show cross-disciplined morality, working curiosity and international talent. I think we should also watch out for Try´s big international winners last fall, Susanne Hovda and Marius Aasen, who created the famous 'Brad is Single' ad for Norwegian. 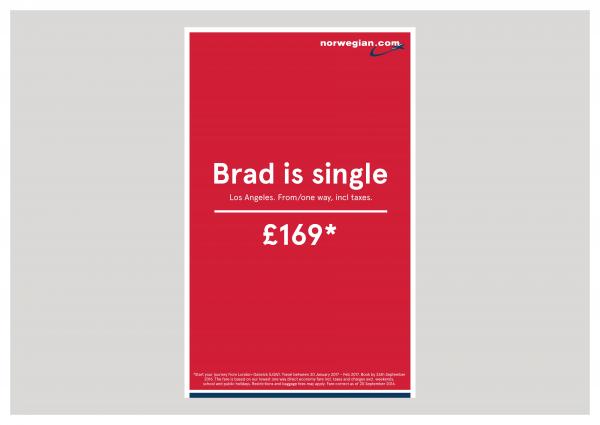 Thorbjørn Ruud> Ine Bryhn and Martin Ruge (POL)
Gaute Tenold> I think it´s really interesting to see what´s stirring in the product/furniture scene in Norway.  Young designers like Lars Beller Fjetland, Everything Elevated and Vera & Kyte are worth looking out for. There´s a really nice sensitivity and respect to how these designers approach materials and form which I find intriguing.
Tonje Jæger> Void. A small, experimental and super skilled studio working in the intersection between design, architecture, art and technology. They manage to surprise, challenge and impress with every project.
One Show> Apart from your own work, what was your favourite piece of creative work in Norway over the past year?
Kristian Schøning-Kristiansen> Oslo based Neue Design Studios have created the new Norwegian passports. They are just brilliant.  A piece of creative work every single Norwegian soon will be carrying around. Pretty cool. 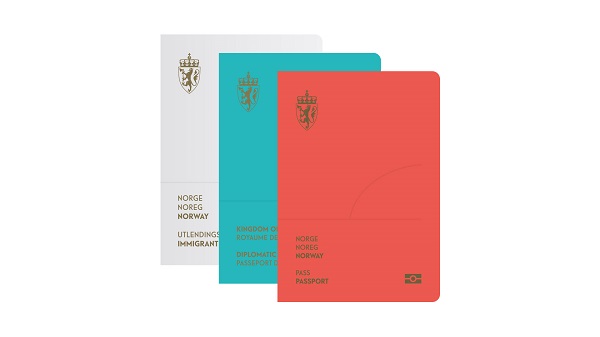 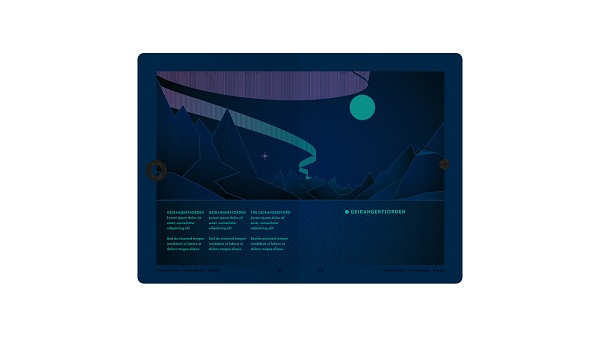 Doffen Trellevik> #DearDaddy from schjarven and Tangrystan is a universal idea that touched millions of parents worldwide (including myself). But it also proves, that story beats format and length any day.

Erik Heisholt> My big favourite is Try´s fantastic work for VW Trailer Assist. ‘Even if Brad is Single’ is a fantastic piece of work too. POL´s '25m2 of Syria' where they turned 25 square meters of IKEA into a replica of a real home in Syria to raise awareness to the horrible conditions in war-ridden countries, is nothing but brilliant.
Thorbjørn Ruud> Volkswagen - Trailer Assist

Gaute Tenold> I really loved Oscar Grønner´s illustration series “Funkis”. He has a unique style, a fantastic colour palette and an excellent David Hockney-esque interpretation of form and perspective. 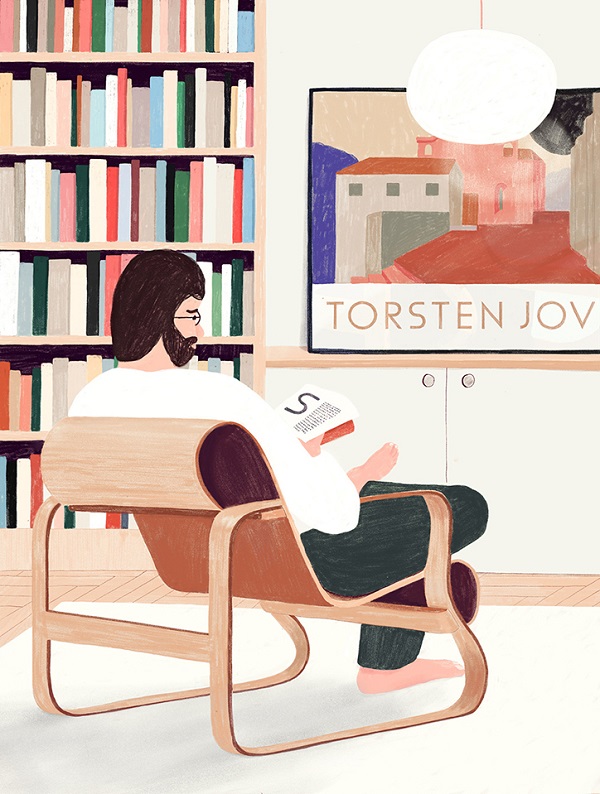 Tonje Jæger> Heydays work for Oslo City Bike. They have managed to create a friendly, yet strong, identity for a sympathetic, simple and fun product that really makes an impact all over the city.