Whitten has previously worked with top ad agencies including Grey, JWT and Y&R 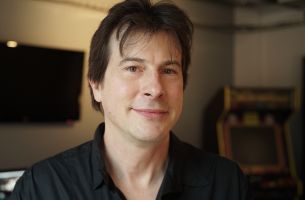 NY-based post production shop Northern Lights has signed seasoned editor Ben Whitten. Whitten has nearly two decades of experience as an editor, with work spanning commercials, broadcast promos, co-branded initiatives, long form content, PSAs and radio spots. His background as a jazz musician brings a natural sense of rhythm to all of his projects, bringing out the emotion and arc of the storytelling, no matter what length or medium. He has worked with top ad agencies including Grey, JWT, Y&R, Draft FCB and major networks such as USA Network, Food Network and WE.

Northern Lights Partner David Gioiella notes: “Ben’s editorial style clearly communicates a unique point of view. And his diverse background in commercials, network promos and longer form assignments is a perfect fit. We’re excited to welcome Ben to Northern Lights.”  Whitten adds: “After meeting the team at Northern Lights I knew it would be a good fit. They have put together an incredibly talented group of people and the fact that they have production, design, audio and post, all under one roof is a direction that is exciting for me. I’m looking forward to being able to cross-pollinate with the other divisions and get the chance to work on a variety of work.”

After studying Jazz Performance at Philadelphia’s The University of the Arts, Whitten headed to NYC with his sights set on the recording industry. He balanced an evening internship at a record label with a day job at a boutique advertising agency, where he got the chance to cut a number of small projects. In addition to editorial work, he climbed ranks to Director of Broadcast Production, overseeing both in-house and outside production including editing, sound design, recording, mixing and licensing. As Whitten gained more experience editing, he moved on to editorial shop Mad House, where he spent nearly 15 years working with top ad agencies on notable campaigns including an Addy Award-winning USPS 9/11 spot featuring Carly Simon’s “Let the River Run” and a series of music-driven spots for Burger King. He also utilized his musical background on a wide range of projects for Atlantic Records artists for almost a decade. Prior to joining Northern Lights, Whitten cut campaigns for hit shows “White Collar,” “Burn Notice,” “Complications” and “Suits”.