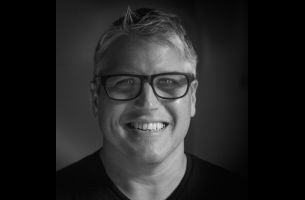 NY-based Northern Lights has added veteran creative director/editor Pat Carpenter. With decades of experience, Carpenter has worked across commercials, broadcast promos, documentaries, music and long form content, infusing a distinct vitality in every project he cuts. Joining Northern Lights from Ripcord Creative, he has lent his talents to a number of top shops in New York City, including Definition 6, Creative Bubble and Unitel. With a history of moonlighting as a drummer in NYC’s punk rock scene, Carpenter’s innate sense of rhythm has led to his natural ease and confidence in editing. His work has garnered numerous industry accolades including a Silver Lion for his work for Benjamin Moore “Talking Wall” out of The Martin Agency, a Gold CLIO for his work on Coca-Cola “Happiness Machine” and numerous PromaxBDA Awards for his extensive broadcast work. With a collaborative approach, Carpenter has developed a lineup of repeat clients, including USA, Syfy, Nickelodeon, Pivot and HBO.

Notes Northern Lights Partner David Gioiella, “Pat has such a strong and unique visual style, he’s a perfect fit for Northern Lights.” Adds Carpenter, “Being able to offer ideation through completion in one environment is extremely important and a process that I have always embraced in my career.”

NYC born-and-raised Carpenter first found an interest in video production while studying at Saint John’s University, dabbling in all aspects of production before discovering a natural talent for editorial. He got his start at Unitel, working his was up from Assistant to Editor on a wide range of creative broadcast projects. In 2001, he helped launch Creative Bubble, a soup-to-nuts production shop where Carpenter served as Senior Editor and Principal. He spent nearly a decade at the creative shop, working on a wide range of projects for top clients such as HBO, USA and MTV. After establishing a turnkey solutions model at Creative Bubble, he went on to spearhead the creative vision for the comprehensive production through post services at Definition 6 and Ripcord Creative, while continuing to edit projects. In this time, he also served as Executive Producer on the travel/reality game series “M.I.A.: The Most Interesting Assistant” and the digital tech comedy series “The Circuit” for the now defunct Mojo Channel. Outside of broadcast and advertising work, Carpenter has also lent his talents to longer form work, cutting the documentary feature Adult Rappers in 2015 that tells the story of ‘working class’ rappers and the struggle to find a balance between making a living and pursuing their art alongside the never-ending saga of age and relevance.

Outside of the edit bay, he continues to play music gigs, recently playing drums at the sold-out Joey Ramone Birthday Bash at Webster Hall alongside L.E.S. legends Mickey Leigh and Andy Shernoff of “The Dictators.” Northern Lights sister production company BODEGA shot a 360 VR film of the epic event that will be released later this summer.