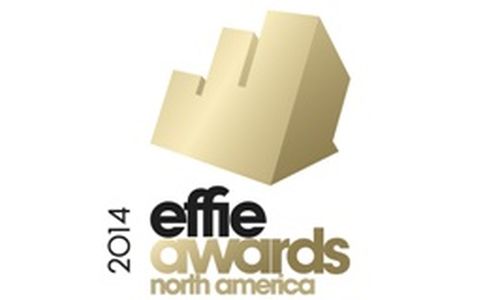 The 2014 North America Effie Effectiveness Index rankings were revealed last night at the 46th annual Effie Awards Gala in New York. Starcom MediaVest Group was named both the most effective agency network and individual agency office, the first time a media agency has topped the North American Effie Index rankings since it was launched in 2011.  Its parent company, Publicis Groupe, was named the most effective holding company.  For the gala finale, Dove Real Beauty Sketches - Winning back Dove Love for Unilever by Ogilvy Brasil and Edelman was revealed as the North American Grand Effie winner (best in show) for the 2014 Effie Awards competition. PHD UK and Mindshare contributed to the win.

Since 1968, Effie Worldwide has honored marketing ideas that work.  The Effie Index identifies and ranks the marketing communications industry’s most effective agencies, marketers and brands by analyzing finalist and winner data from worldwide Effie Award competitions.

According to the Dove Real Beauty Sketches Effie entry, “only 4% of women believe they are beautiful. How could Dove inspire the other 96% to think differently? We discovered the barrier to her feeling beautiful had fundamentally changed, and launched Dove Real Beauty Sketches: a social experiment that introduced women to her inner critic, proving they were more beautiful than they thought. It won back Dove Love by lifting women esteem; it returned Dove to culture and drove $24 million incremental sales, a 550% ROI, and $52 million in earned media-in under 5 months, with a spend of $925,000.”

“There were strong contenders for this year’s North American Grand Effie Award, but the jury agreed that Dove Real Beauty Sketches seemed to have it all,” said Judy John CEO and Chief Creative Officer Leo Burnett, Canada and member of the 2014 Grand Effie Jury.  “The work demonstrated how the power of ideas can influence society and lift brands.”

"There are a number of familiar names in the winners list but what is striking, and exciting, is to see a media company at the top of the Effie Index.

It's indicative of just how much our industry landscape has changed,” said Carl Johnson, Effie Worldwide Chairman and Founding Partner of Anomaly. “A brand’s success can be driven by any form of marketing communications executed with excellence, whether that be all things digital, PR, brand activations or even advertising!"

In order to be included in the Index, North American winning and finalist cases were rigorously evaluated by senior industry leaders over at least two rounds of judging.

The complete list of gold, silver and bronze winners for the North American Effie Awards, as well as the opportunity to read the winning case studies is available on www.effie.org.