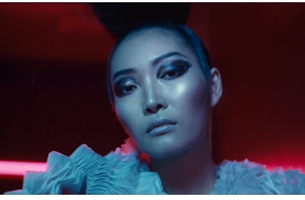 Norry Niven has directed a campaign that demonstrates American Express’ powerful ability to support entrepreneurs who are making an impact on the world’s most electric and inspiring industries. A filmed portrait of New York-based, Mexican-born fashion visionary Alejandra Burguette and her innovative designs, which have been featured in the LOUVRE, demonstrates that those pushing the boundaries of expression are supported by a slim but powerful card.
Working with director of photography Justin Derry, Niven approached the intrinsic beauty of subject with a three camera shoot using 35MM and 16MM film. Additionally, Niven partnered with renowned photographer Laurent Elie Badessi for accompanying print ads. Niven’s talent for stylised performance on film and Badessi’s experience in framing fashion united on set and resulted in a multi-faceted campaign that expresses the art of industriousness.
view more - Creative