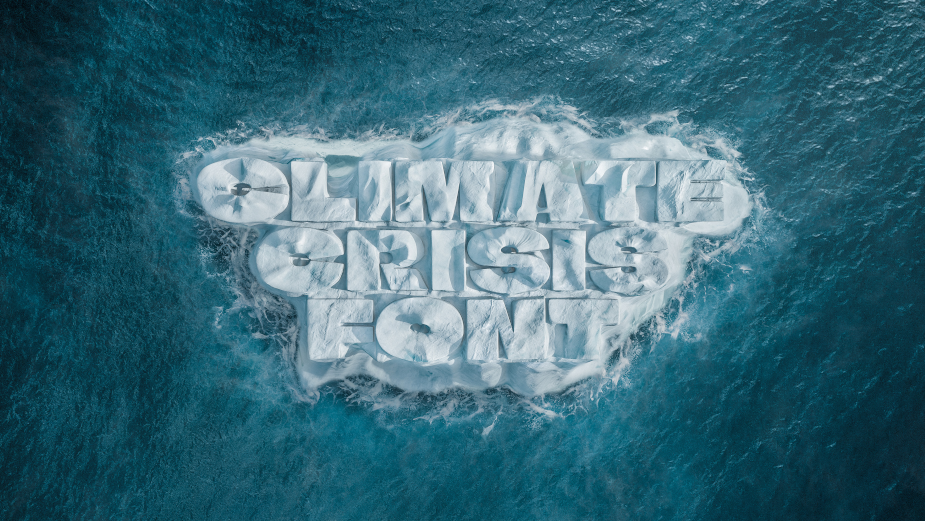 To make climate change and its effects easier to grasp, newspaper Helsingin Sanomat developed The Climate Crisis Font that visualises the urgency for climate action. The font’s weight varies according to the National Snow and Ice Data Center’s (NSIDC) data from 1979 to 2019 and continues with IPCC’s projection until 2050. In other words, every headline, comment or article written with the font will exemplify the real impact of climate change to the arctic sea ice extent.

“Our mission is to make complex matters comprehensible and since seeing is believing we wanted to bolster the conversations on climate change with something concrete and instantly understandable. These kinds of new methods of journalistic storytelling also complement our recent investments in data journalism. Yet, we don’t just want to keep it to ourselves, which is why we are giving it out for free and hope to see it in use elsewhere as well”, says Tuomas Jääskeläinen, the art director of Helsingin Sanomat.

The OpenType variable font was designed together with TBWA\Helsinki and type designers Eino Korkala and Daniel Coull. The heaviest font weight represents the minimum extent of the Arctic sea ice in the year 1979, when satellite measuring began. The lightest weight represents IPCC’s 2050 forecast, when the Arctic sea ice minimum is expected to have shrunk to only 30 % of the 1979 extent. 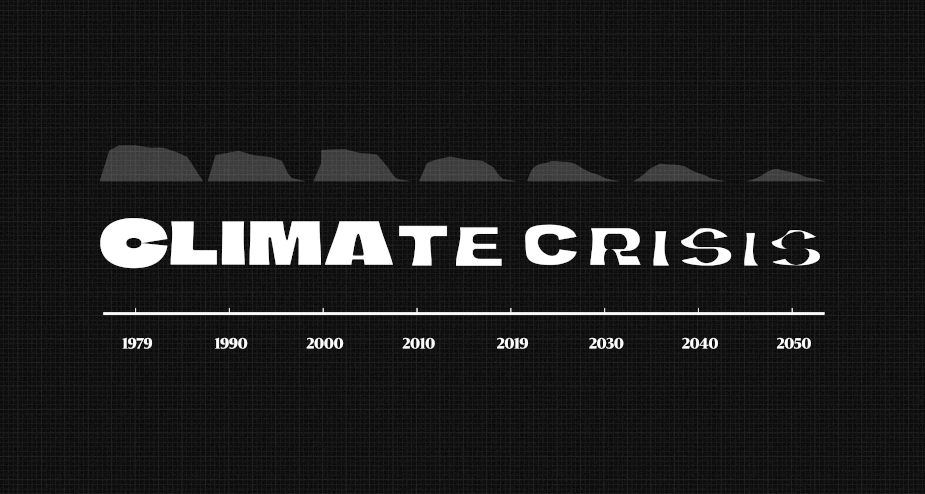 “To leave no room for doubt we used data based on satellite images. This way we were able to create one of the first data based fonts ever. The OpenType variable font mechanism allowed the design to follow the data perfectly. But we of course wanted to make the font usable for all platforms, so we also created the basic font types with a standard set of font weights”, says Juhana Hokkanen, the innovation director of TBWA\Helsinki

The font is freely available for download here. Helsingin Sanomat itself recently used the font in a collection of its climate change articles published during 1979–2020. The collection shows how attitudes towards climate change have changed over the years in relation to its progress and the dwindling Arctic sea ice. Helsingin Sanomat plans on using the font in their future articles covering climate crisis and they encourage anyone covering the same topic to download the font and make use of it

Climate change has been a significant topic for Helsingin Sanomat for years. In 2019, it appointed a climate correspondent to report on climate change. The same year the paper presented bespoke pens with ink made out of carbon dioxide to members of the Finnish parliament and G20 leaders to remind them of the urgency of climate action.