Do it for the kids, not the gram, says Nordic ice lolly brand in joyful campaign from Twenty Agency 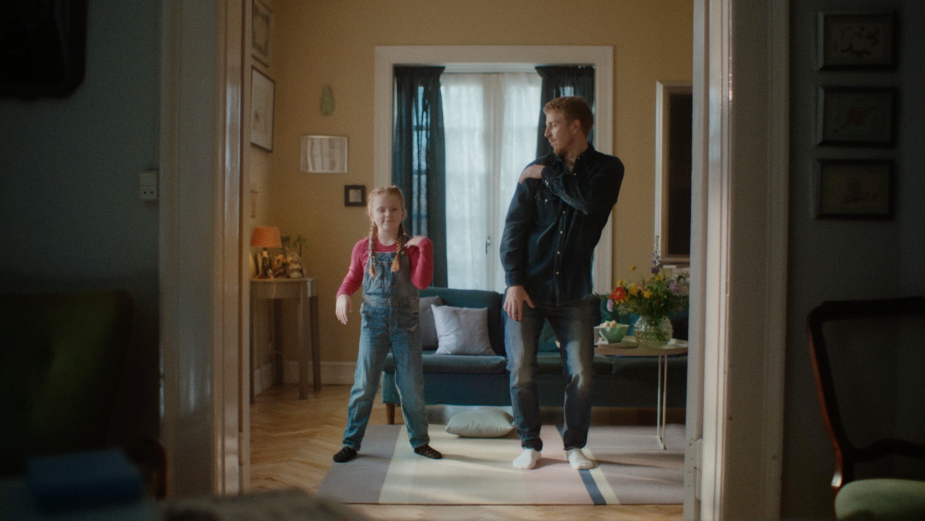 Under the creative platform and line ‘don’t be perfect, be present’, the campaign film tells a story of a father who does everything he can to make his daughter smile – no matter how silly it makes him look to the rest of the world. The film is accompanied by an original track titled ‘Fool for you’ by Anna Olivia, composed as an ode to parenthood and capturing the bittersweet emotions that define us from the moment we become parents and follow us through generations.

The campaign launches as a response to the growing trend of elaborate new treats entering the market and appearing on Instagram feeds, with six out of 10 parents saying they feel pressured to be the ‘perfect parent’ and live up to unrealistic ideals of parenthood portrayed in the media.

“If we believed what we saw on social media, the perfect parent lives in a furniture showroom, bakes beautifully decorated sourdough cupcakes for every birthday, and never tires of making elaborate Halloween costumes,” says Farah Dib, co-founder and creative director at Twenty Agency. Instead, the new campaign champions the parents who go to great lengths for the only ‘like’ that matters – from their kids.

“Working with a brand that has this much heritage and an iconic status is always both exciting and daunting. It’s been a privilege to create a campaign that speaks to the heart of some of the most universal truths about parenthood, and rallies against the unbelievable pressure and expectations parents are up against today,” adds Farah.

“The most exciting aspect of this work has been finding the strategic space and cultural tension where Sun Lolly has permission to speak, and where the brand can connect to a deeper emotional meaning. This is just the first step towards building a strong brand that can continue to inspire Nordic families for many years to come, and we’re really excited to see the impact it will have over time.”

The campaign film is accompanied by a social, digital, print, and outdoor campaign, with poster copy celebrating ‘the Dads who rock tiaras’ and those who are ‘hosting more tea parties than pub crawls’. Sun Lolly is now available in 15 countries across two continents.