Campaign by Reprise Digital to combat marijuana-impaired driving says, “If You Feel Different, You Drive Different” 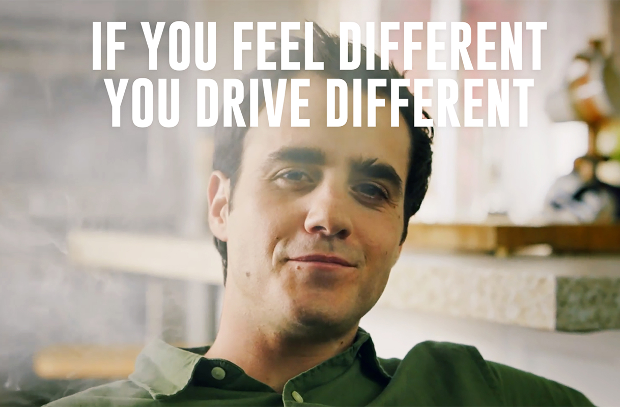 The U.S. Department of Transportation’s National Highway Traffic Safety Administration and the Ad Council today launched a new national campaign to encourage individuals to recognise that when they’re high on marijuana they shouldn’t drive. Created pro bono by award-winning agency Reprise Digital, the multimedia communications campaign features the tagline, “If You Feel Different, You Drive Different.”
According to NHTSA’s most recent national roadside survey, between 2007-2013 there was a 48% increase in weekend nighttime drivers who tested positive for a form of cannabis. Although several states have legalised marijuana use, driving when impaired by any substance remains illegal in all 50 states and in Washington, D.C.
“The Ad Council takes on the most critical and timely issues facing our country,” said Lisa Sherman, President and CEO of the Ad Council. “Just as NHTSA and the Ad Council changed the national conversation around drunk driving in the 1980s, we will now change attitudes and behaviours around driving under the influence of marijuana.”
“It’s not safe or legal to drive under the influence, even if a state permits marijuana use. Marijuana can slow reaction times, impair judgement, and compromise the cognitive skills needed to drive safely. We’re here to encourage marijuana users to make smart choices and avoid getting behind the wheel after using marijuana. We want everyone to remember: If you feel different, you drive different,” said Heidi R. King, NHTSA’s Deputy Administrator.
The new creative was developed pro bono by Reprise Digital. It recognises that many people already make smart decisions to avoid unnecessary risks when high, and reminds viewers not to make an exception for driving, with the catchphrase, “Nope, I’m high.” The creative will appear nationwide in donated media in TV, radio, outdoor, print and digital formats.
“Our research showed that while young adults consciously avoid decisions that unnecessarily put their future at risk, many don't associate a risk with driving while high,” said Joselle Galis, SVP Strategy, Reprise Digital. “With this campaign we aim to change that perception by demonstrating that driving high isn’t worth the risk, and doing so in an entertaining way that avoids antiquated stoner stereotypes. This campaign isn't about judgement. It's about treating our audience with respect, humour, and empathy.”
NHTSA and the Ad Council have previously partnered to address pressing public safety issues, most notably the iconic “Friends Don’t Let Friends Drive Drunk” campaign from the 1980s, more recently reimagined as “Buzzed Driving is Drunk Driving.” Since launching in 2005, the “Buzzed Driving is Drunk Driving” campaign, along with other impaired driving prevention efforts, has contributed to a 20% decline in alcohol-impaired driving fatalities.
view more - Creative