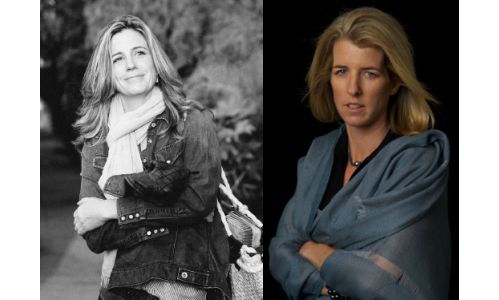 Nonfiction Unlimited, the commercial production company that represents a roster of elite documentary directors, has signed Rory Kennedy and Tracy Droz Tragos, both Emmy Award winning filmmakers whose latest features screened at the Sundance Film Festival this year. Loretta Jeneski, Partner and Executive Producer at Nonfiction, made the announcement today.

“I’m delighted to be adding these two impressive documentarians to Nonfiction’s roster,” said Jeneski. “Both are proven, gifted storytellers, with unique backgrounds and approaches to their craft: Rory a seasoned Sundance alumn with a number of remarkable documentary features to her credit, and Tracy a fast emerging talent whose second documentary feature took the top prize at Sundance this year. Both bring something very special to the commercial arena.”

Produced for PBS’ American Experience series, Kennedy’s Last Days in Vietnam, the critically acclaimed story of the dramatic evacuation and fall of Saigon to the North Vietnamese Army, premiered at Sundance this year. Her previous film Ethel, about her mother and wife of Robert F. Kennedy, premiered at Sundance in 2012. Kennedy has produced and directed over 35 documentaries, covering topics from the global AIDS crisis, human rights, domestic abuse, poverty, drug addiction, and political corruption. Kennedy’s films have appeared on HBO, PBS, Lifetime Television, A&E, Court TV, The Oxygen Network and The Learning Channel.

“I’m excited to jump in and I’m thrilled to be working with Nonfiction, which has a stellar reputation,” said Kennedy. “Commercial directing is a really creative discipline with lots of possibilities and opportunities for a documentary filmmaker. I believe I have a lot to offer the commercial world given the breadth of my work so far.”

Droz Tragos’ Rich Hill, a searing portrait of three boys from a poor rural town in Missouri, won the Sundance Grand Jury Prize in documentary this year, one of the most prestigious and coveted recognitions in the non-fiction filmmaking world. The film is being distributed by the Opus Docs division of the music-streaming service The Orchard, and will premier theatrically in New York, Kansas City and St. Louis, on July 18, before opening wide in 20 markets across the country. Droz Trago’s first documentary, Be Good, Smile Pretty, a powerful film about the loss caused by the death of her father and other soldiers in the Vietnam War, aired on PBS’s Independent Lens and won the 2004 Emmy Award for Best Documentary.

“I see commercial work as an extension of my filmmaking, capturing stories and real moments that hold an emotional truth and connect people,” said Droz Tragos. “Great advertising fosters meaningful bonds between brands and their customers and that's the kind of work I'm looking forward to creating."

The addition of Kennedy and Droz Tragos to the Nonfiction Unlimited roster bolsters one of one of the most impressive lineups of documentary directors working in commercial filmmaking, including David Gelb, Steve James, Barbara Kopple, Albert Maysles and Stacy Peralta.

“Not every documentary filmmaker can easily cross over into advertising,” said Jeneski. “You have to be able to tell a story and do it in a sophisticated way, creating something that feels more cinematic as opposed to what one might think of as documentary. Both Rory and Tracy have this skillset, and they have the drive to succeed in the commercial world.”