Nonfiction Unlimited has announced the signing of award-winning documentary director and journalist, David Freid for his first global representation in the commercial, branded entertainment and digital space.

David has directed more than 50 cinematic, quirky documentary short films in more than 40 countries. He has contributed to National Geographic, NBC, The New York Times, Vanity Fair, The Atlantic, and VICE, among others. Most recently, David was the founding director for online content magazine, MEL Films where he further honed his unique approach of capturing humor in surprising places.

His films have appeared on BuzzFeed, Meet the Press, Slate, Washington Post and the Today Show and he has received ten Vimeo Staff Picks, amassing millions of organic views for his short films like Guns Found Here.

David has had twenty different films included and awarded in festivals around the world, including SXSW, DOC NYC, Tribeca Film Festival and Cannes. He has won three Webby Awards and was also nominated by Webby for best documentary film of the year. He won an Edward R. Murrow Award for journalism, and the International Documentary Association Award for Best Short Film Series, beating out competitors like the New York Times, HBO and VICE.

The prolific creator of notable digital entertainment will be partnering with Nonfiction's executive producers Patrick Degan and Michel Waxman to expand on the company's passion for storytelling and connecting his unique human nuance to brand cultures.

Nonfiction Unlimited president Loretta Jeneski related: "David has such an original point of view in the content space. His real stories have an underlying eccentricity that just pull you in and we are delighted to bring his vision to projects for advertisers." 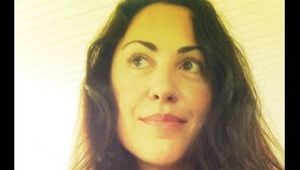