Following the success of his film 'Jiro Dreams of Sushi' 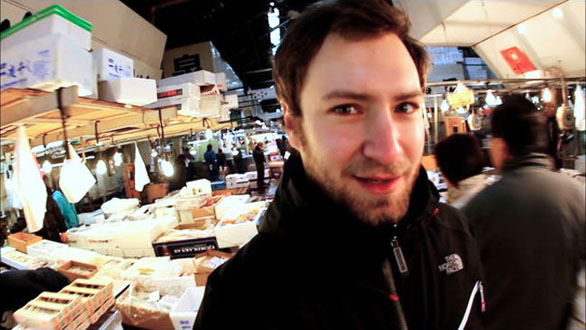 The signing follows the success of Jiro Dreams of Sushi, Gelb’s hypnotic feature documenting a tiny subterranean sushi-only restaurant in a Tokyo subway station. It collected the AFI World Cinema Audience Award and Monterrey International Film Festival’s Audience Award before its bow at the Tribeca International Film Festival. The film was purchased by Magnolia Pictures at the event and has gone on to amass over $2 Million at the box office.

Gelb’s addition enhances the roster of distinguished documentarians under the Nonfiction banner, the only commercial production company devoted exclusively to representing some of the most prestigious documentarians in the country.

“David has an amazing visual esthetic that is a perfect complement to our roster,” explains Nonfiction exec producer Loretta Jeneski. “His work is full of wonderful character studies with a visual sensibility that is perfect for brands seeking broad commercial appeal.”

Success on the Sundance Channel followed with A Vision of Blindness, a behind-the-scenes look at Fernando Meirelles’ feature Blindness starring Mark Ruffalo and Julianne Moore. Gelb has also directed music videos and behind-the-scenes shorts for John Fogerty and the Willowz, Modest Mouse, Bright Eyes and Incubus.

A distinct visual signature also plays large, unveiling the essence of Japan. A sushi aficionado since childhood, Gelb spent the better part of a year shooting footage using a combination of Canon HDSLR and Red One cameras.

Gelb looks forward to bringing his documentary experience into the commercial production arena:

“I feel that Nonfiction is a perfect fit for me,” he explains. “My work is about telling an honest story and turning the audience on to genuine characters. I am excited to bring that to advertising projects at a company that embraces the best of that.