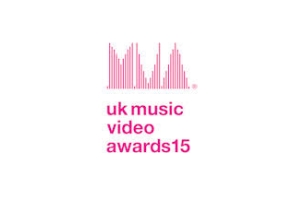 Florence + The Machine, Ed Sheeran, Naughty Boy, Royal Blood, The Chemical Brothers, alt-j, FKA twigs and Years & Years are among the British acts who pick up multiple nominations in this year’s UK Music Video Awards, the annual celebration of creative and technical excellence in music video making around the world which takes place at the Roundhouse in London on Thursday November 5th. Click here to view the full list of nominations.

Warp’s visionary artist Flying Lotus leads the charge as the most nominated act, picking up a total of 5 nominations including a nod in the new Best Artist category. He will go head-to-head for the award – designed to recognise an artist for an outstanding body of music videos over the past year - with alt-j, Ed Sheeran, Florence + The Machine, Kendrick Lamar and Years & Years.

The most nominated videos at this year’s UKMVAs include U2’s ‘Every Breaking Wave’, an epic love story set in the Troubles in Northern Ireland during the 1970s, directed by Aoife McArdle; The Chemical Brothers’ ‘Sometimes I Feel So Deserted’, a post-apocalyptic sci-fi thriller directed by Ninian Doff; Royal Blood’s ‘Out Of The Black’, a comic gorefest of live action and animation, directed by David Wilson and Christy Karacas; and Naughty Boy ft Beyoncé and Arrow Benjamin for ‘Runnin’ (Lose It All)’, an undersea love story, shot near Tahiti, directed by Charlie Robins.

Creativity and invention abound in the shortlist which sees Ed Sheeran transformed into a ballroom dancer in ‘Thinking Out Loud’, OK Go choreographing hundreds of Japanese schoolkids in ‘I Won’t Let You Down’, Darwin Deez transformed into a character in a video game in ‘Kill Your Attitude’, Sleaford Mods’ Jason Williamson appearing as a disembodied CG head in ‘Head and Shoulders’, and perennial music video naysayer Noel Gallagher even making the list for a hilariously downbeat performance in ‘Ballad of the Mighty I’.

The MVA shortlists also reveal a host of ‘event’ videos from celebrated directing talent that have marked out the past 12 months including Taylor Swift’s ‘Bad Blood’ directed by Joseph Kahn (who won the MVAs’ Icon Award last year), Rihanna’s ‘Bitch Better Have My Money’ by previous Best Director winners Megaforce and Florence + The Machine’s ‘Queen of Peace’ and ‘What Kind of Man’ by Vincent Haycock.

Some exciting new artists also make headway in this year’s nominations with Years & Years, Gabrielle Aplin, The Coronas, George The Poet and Mercury Prize winners Young Fathers all picking up their first nods at the Awards this year. In addition to Flying Lotus, other international artists with multiple nominations include Kendrick Lamar, Run The Jewels and Tiga.

This year’s UK Music Video Awards ceremony will be staged for the first time at the legendary Roundhouse venue, and organisers have today announced two other music video-focused events the same week, in the build-up to the UKMVAs. Firstly, on November 3rd, BUG, BFI Southbank’s long-running music video showcase hosted by Adam Buxton will hold a special show celebrating The Beatles’ pioneering promotional films and formative music videos, now beautifully restored. Then the following day, on November 4th,  MusicVidFest, the one day conference on the business of music video creativity will return to BFI Southbank providing professionals within the industry – and those hoping to break into it – with a platform to discuss the issues and advances driving music video production here and abroad, ahead of the celebrations the following evening.

It’s been a strong year for Island Records in terms of nominations, thanks chiefly to Florence + The Machine and U2, closely followed by Virgin EMI whose nominated artists include The Chemical Brothers, Naughty Boy, Bastille, Slaves and Krept & Konan. Meanwhile the strongest representation from the independent labels comes in the shape of Warp, thanks to Flying Lotus, Infectious for alt-j and Leftfield, while XL Recordings scores multiple nods for FKA twigs, and Because pick up two nominations for Air musician, Nicolas Godin.

As well as honouring the best work in music videos, there are also awards at the UKMVAs for other music films, including a new award for Best Music Documentary, which sees filmmakers tackling subjects as diverse as the birth of the grime scene in the UK, the impact of the 808 drum machine, the emergence of Hip Hop in the Holy Land, and the return of the Backstreet Boys. In the Best Live Music Coverage category, live shows for Aerosmith, Jay Z and Beyoncé and Lenny Kravitz compete against more intimate performances by Mumford & Sons, Gabrielle Aplin and Wolf Alice.

The UK Music Video Awards editorial director, David Knight, says, “Since 2008, the UK Music Video Awards has celebrated music videos as a form of creative expression, as entertainment, as an effective way to bring music to the world. We’re honouring the creativity and technical skill of the people who make them – from directors to editors, artists to animators. This year the quality of entries across over 30 categories has been so strong that the task of coming up with the list of nominations has been more difficult than ever.

“But ultimately the nominations reflect the extraordinary extent of talent and craft that’s been applied to the making of music videos in Britain and around the world. And of course, when the UKMVAs 2015 comes to the Roundhouse on the 5th November, there will be fireworks.”