LBB speaks to No.8’s Alex Gregory and Charlie Morris about their route into the industry and why building a colour department from the ground up was always the dream 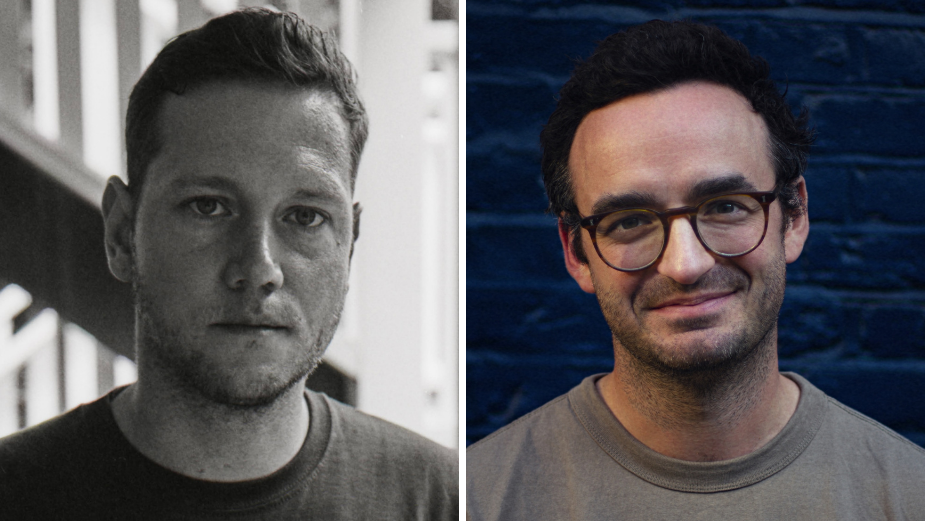 What does an award-winning creative sound and vision company do when they have a full slate of exciting projects on their hands? In the case of No.8 it’s launching a new arm of the business; colour, to be precise. For No.8 this is all part of the thoughtful, if quick, expansion that sees it bring supremely talented people under one roof and continue offering clients the highest standard of post-production services.

When looking for the right person to head up the colour division, one name came to mind: Alex Gregory – with his boundless skills, passion, and ambition, he was the best person for the job. He’s a prolific senior colourist who’s worked with some of the industry’s biggest names, including Ian Pons Jewel, Los Perez, Jeff Low, Sebastian Strasser, Tom Green, Philippe Andre, Johnny Hardstaff, Si and Ad, Andreas Nilsson, Marcus Soderlund, Taz Tron Delix and Felix Brady. The decision to take up the post at No.8 was an easy one for Alex, he says, as: “No.8 are in a unique position in the industry right now. They have a fantastic team in place and are already working on some of the best and most exciting projects around, but they are also flexible enough to manoeuvre in the way that some of the older companies cannot and thus there are no compromises. They are able to make decisions that mean both quality of work and creative excellence.” 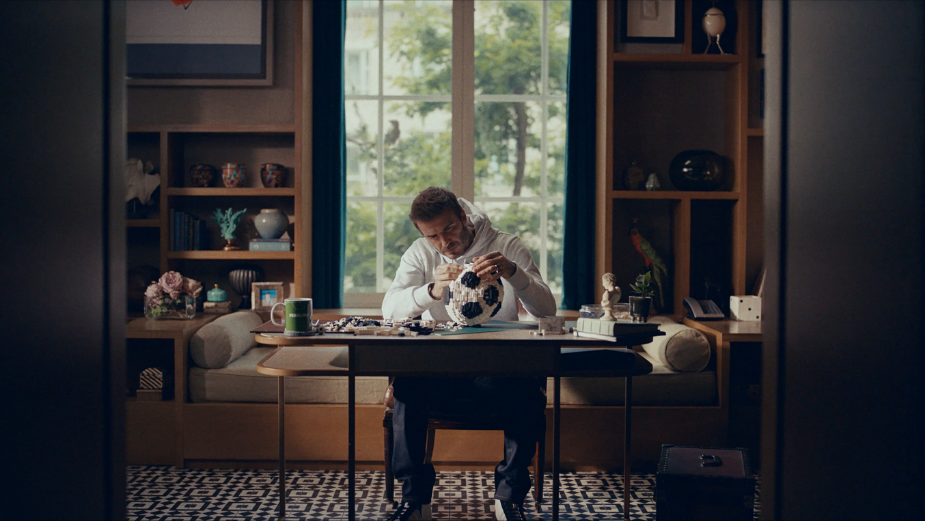 Alex was soon joined by Charlie Morris as EP and the pair are building the department from the ground up. Prior to No.8, Charlie was busy overseeing one of the most sought after colour teams at The Mill, having also spent six years producing commercials at The Quarry. He’s worked with a number of notable editors, like Paul Watts, Bruce Townend, Jonnie Scarlett, and Scot Crane. Speaking of his new role, Charlie says: “It’s an incredibly exciting opportunity and something myself and Alex have always dreamed about. No.8 is doing things differently and they already have a superb creative reputation and client base. It was a no brainer to jump on board and build their colour offering. Myself and Alex are very passionate about developing young talent here, and building relationships with new and exciting directors and DOP talent. We’re in the best position possible to open doors on that front, with efficient and agile setups, so we can worry less about spreadsheets and more about our clients and what’s best for all of our employees' future working success.”

A wealth of experience

Both Alex and Charlie found their ways into the industry somewhat by chance. Alex always had his sights set on film, but confesses that he was “sidetracked for a long time by photography”, first doing a degree in the subject and then working freelance shooting fashion and adverts. “I was always really interested in how far I could push an image and developed a signature-style that involved a lot of lighting and a heavy post-process involving lots of retouching and manipulating the images,” he says. Something clicked soon after and he realised that “it was the retouching part that I'd look forward to far more than the shoot itself. As my career progressed, I started directing a few music videos along the way and that was my first exposure to the world of colour grading. I remember sitting with a colourist, completely blown away by how they could do all the work I loved doing on my still images, but at the same time, it all felt so instantaneous and collaborative.” Feeling like he had truly found his calling, Alex walked away from his photography career, which he spent over a decade building, to start as a junior assistant – a decision he never regretted. “It was an unusual path to get there, but luckily for me, I’m a much better colourist than I ever was a photographer!”

For Charlie, there was “no plan or foresight” to join the industry though his educational background in Fine Art meant he was always closer to it than he maybe thought. Curiously, he briefly worked at Scotland Yard, which he says: “educated me in the need for a friendly and exciting working environment, leading me to make the jump,” adding, “I landed in an industry and craft that has the hustle and bustle that drives you on, and colour was the natural progression with its link to art and creativity.”

Though still young, No.8’s colour department has already landed huge projects under their belt. Recently, Alex also scooped up a Bronze at the Creative Circle Awards for Best Colourist for his work on Hyundai’s ‘On to Better’. His first full service job with No.8 was Asda’s fun and cheerful spot ushering in the autumn season. But it’s the latest ad for FIFA 22 that really gave the colour department the opportunity to showcase the breadth of it’s talent and creativity. The epic ad’s colour palette brings together the rich hues of David Beckham’s home, pastel-coloured futuristic words, and bustling stadiums in a visual feast that’s impossible to ignore. “It was a pleasure working with Private Island on this project. We spent a fair amount of time building distinct looks for each scene. Chris (Boyle, Director) was keen to accentuate the 'hyper real' feel for the live action footage, and for there to be some fairly heavy contrast, saturation and grain across the whole spot. The challenge with the game material was to let it sit in a place that was recognisable as the graphics engine used for the game, but give it a bit more of a textured, cinematic quality, that allowed us to blur the lines between the game and the live action, aiding the narrative of the spot,” explains Alex.

The FIFA spot will no doubt prove to be just one of the many projects that will let No.8 flex their ethos. “We are building what we believe will be one of the best and forward thinking colour departments in the industry. Our ethos is that the most important part of the colour grading session is the client experience, and the unbeatable excitement of true creative collaboration. We’re working hard to redefine the modern expectations surrounding the role of the colourist in the industry at large,” explain Alex. Charlie adds: “As a team we are now able to offer the best client suite experience and facilities, with an incredibly efficient and streamlined set up that has been designed with the current industry's demands in mind, alongside the best talent. And beyond all that, we at No.8 are all like-minded in our pursuit in facilitating our clients needs on all projects. We are problem solvers and collaborators first and foremost.”

With the client experience firmly at the heart of everything they do and a string of exciting new hires and projects to be announced soon, No.8’s colour department has its sights set on showing the industry why agility and taking risks are the right formula for success. 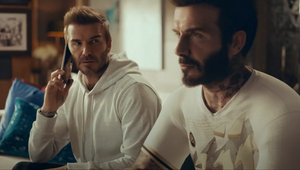 HyperReality: How No.8 and Private Island Made the Real Seem ‘HyperReal’ for FIFA 22 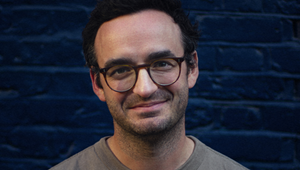 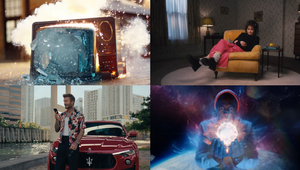 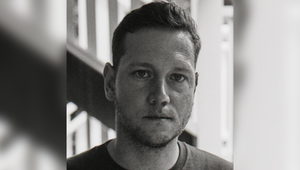 No.8 Colour Launches with Alex Gregory
View all News 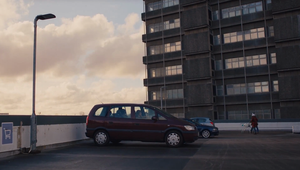 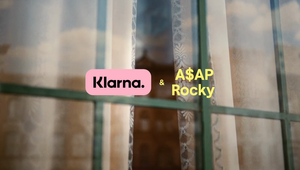 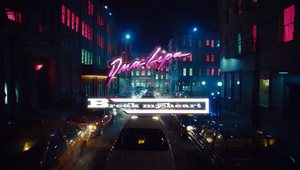 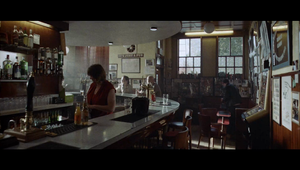