No Visa, No Problem: 2016 Rio Olympics Allow Marketers to Travel to Brazil With Ease 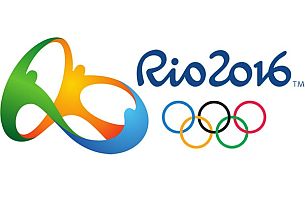 The 2016 Rio Summer Olympic Games are just around the corner, and tourists are finalising their travel plans to watch their nations compete for the gold medal. To help facilitate the expected influx of travelers, the Brazilian government has introduced a new visa waiver programme between June 1st and September 18th, 2016 that allows tourists to enter the country and stay for up to 90 days.

What does that mean for production companies? Well, it means that filming in Brazil has never been easier. Typically, a production that wants to film in Brazil has to schedule and attend an in-person appointment with their nearest Brazilian consulate, pay a $160 tourism visa fee, present a valid passport and an additional photo, fill out an application and show proof of purchase of a round-trip ticket. Under the temporary Olympics visa waiver programme, visitors from the United States, Australia, Canada and Japan can skip these cumbersome steps and enter Brazil with much less hassle than usual.

Not only is it now easier to go to Brazil as an Olympics spectator, but Olympic marketers can also revel in the ease of travel surrounding this monumental international event. In addition to the new, temporary ease of travel, the US dollar is currently very strong in relation to the Brazilian Real. Thus, production companies are currently getting more bang for their buck by choosing to film in the Latin American country.

During the Olympic games from August 5-21 and the Paralympic Games September 7-18, production services companies such as Vagabond Production Services offer a streamlined production process in Rio. Upon landing in Brazil, Vagabond is connecting production companies and crews with Ancine Film Agency. Vagabond Production Services has expert knowledge of the area and the local production community, as well as extensive experience facilitating shoots during Olympic Games, including facilitating shoots for Olympics sponsor Aquarius water for the 2012 London Olympics.