No Petrol was Used in the Making of This Film 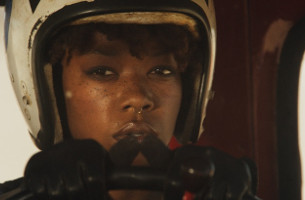 Custom Hot Rods, 210mph superbikes, prototype hyper-cars, and a monster truck. These mean motors all have one thing in common. They’re electric.
As part of E.ON’s commitment to expanding its charging network across Europe, the global energy brand is challenging outdated observations about electric vehicles with their new film, entitled ‘Freedom is Electric’.
Set against a barren desert landscape, the film features a range of cars and bikes (and the world’s only electric monster truck) traditionally perceived to be gas-guzzling machines. In reality these are all converted ­– or new-concept electric vehicles – running on volts rather than fossil fuels and charged using E.ON’s fast-charging points, which are accessible in thousands of locations across Europe, and coming soon to the UK.
It wasn’t just the cars that were electric – so was the film production, including camera rigs, tracking vehicles and drones.
Listen carefully, and you’ll notice something unusual about the sound of the engines. They’re made by electric guitars, painstakingly imitating the sound of V8s to hoodwink the audience into believing they’re real combustion engines.
This is the second global content episode delivered by global marketing services network Engine for E.ON following the successful first episode, which featured a solar collaboration between E.ON, Gorillaz and the sun.
The film is part of E.ON’s new global brand position which reflects its desire to deliver innovative customer solutions that help create a better tomorrow. E.ON’s electric vehicle charging infrastructure is part of a range of innovative new solutions for customers including solar and battery storage technology, smart appliances and intelligent homes.
Anthony Ainsworth, Global Head of Marketing at E.ON, said: “By bringing together these amazing vehicles and their equally passionate and inspiring owners we wanted to help people to reconsider what they think they know about motoring, how they view energy and what they think about E.ON and its moves to be a force for change in the energy industry.
“In the same way as we’ve transformed our company over the last couple of years, we’re working to transform our brand to truly represent the help we can give our customers today and in the future – to offer our customers smarter, more sustainable solutions that support their individual energy needs and to be a business at the heart of a new energy world.
“We use the phrase ‘un-utility’ as we don’t want to be the boring, predictable energy company of the past. This film is about bringing that to life and showing that energy is something you can really engage with and it genuinely adds value to your lives.”
Debbie Klein, CEO of Engine Europe and Asia, said: “E.ON is a brand that truly believes in driving change in its industry. We are so proud to be working with them to produce work that will transform perceptions both of electric vehicles and of E.ON.”
The new episode from Engine is designed to drive re-appraisal of the brand, which led the industry in becoming the first major energy provider to move towards having a portfolio without conventional energy.
It will launch in early November through social, Teads and Oath, with the extended cut living primarily through E.ON’s own channels.
The main spot is supported through a series of assets introducing the car owners and their stories called ‘Meet the Voltheads’ as well as a BTS feature which reveals how the film was created using only electric power, from the cars to the cameras.
The film was shot by Scott Lyon from Outsider, whose previous work include the “In pursuit of greatness” for Wimbledon and “Over the Rainbow” for Honda.
For behind the scenes footage around the creation of the ‘Freedom is Electric’ film and E.ON’s Europe-wide charging network visit eon.com/freedomiselectric.
view more - Creative