No More Shame! TENA Speaks Out About Incontinence 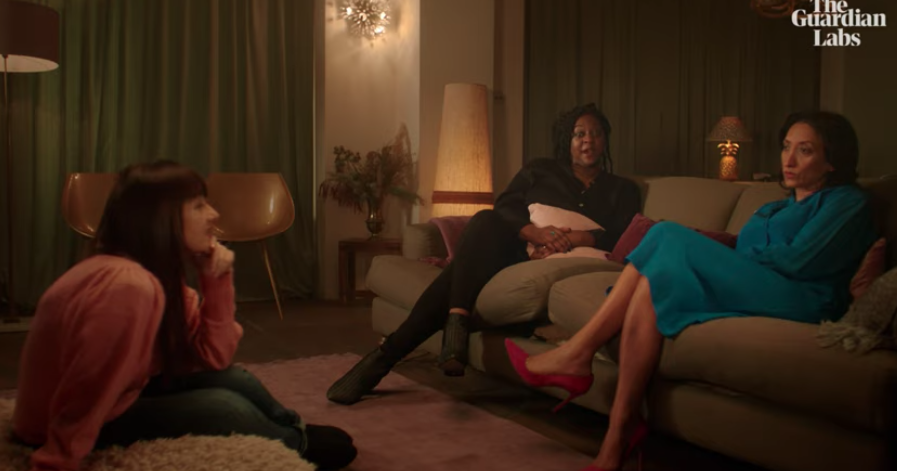 Guardian Labs is working with TENA on a new, long-running campaign 'The Last Taboo', which will feature across the Guardian’s video, online and print advertising spaces throughout the year. This partnership, which was driven by Zenith, forms part of TENA’s wider 'I Will BeMe' campaign, which aims to create a healthier and more open conversation about what it is like being a woman living with incontinence.

With a range of creative content managed by Zenith, 'The Last Taboo' is centred around the idea of encouraging an open dialogue about incontinence. The newest video, which launched on the Guardian today, features a trio of female comedians — AvaVidal, Shazia Mirza and Jo Enright. Ava, Shazia and Jo discuss incontinence head-on in a frank, no-nonsense approach, while also highlighting the impact and realities it can have on a person’s life. The video is an honest and frank look at female incontinence, showcasing the details and anecdotes usually silenced by society’s taboos.

The launch of the video forms the main part of the first content pillar for 'The Last Taboo', which also features four diary entries from a group of female voices. The diary entries will cover the wholes spectrum of incontinence; from the psychological effects to the practical measures people can take. The first articles, from Louise Court and Jane Simpson, ran in GuardianWeekend, with the remaining diary entries scheduled to appear online and in print within the supplement over the coming months. The first content pillar also includes two supporting online features on how to look after your pelvic floor and regaining bladder control.

The campaign will include further themed diary entries, as well as several immersive online articles. A second video with comedians Ava Vidal, Shazia Mirza and Jo Enright will complete the 'The Last Taboo' campaign later in the year. It continues the journey of the '#Ageless' campaign launched in March, which focused on aging, intimacy and incontinence. All coverage will be labelled in-line with the Guardian’s content funding guidelines.

Lisa Myers, marketing manager at TENA, says: “A complete first for the brand, we’re thrilled to be launching such aground-breaking campaign in partnership with the Guardian to help us shift perceptions and challenge the misconceptions when it comes to talking about incontinence. There is still a considerable taboo around the topic, and due to its credibility and straight-talking tone of voice, we believe the Guardian is the perfect platform to help us empower women to talk more openly and honestly about incontinence and female self-image.” 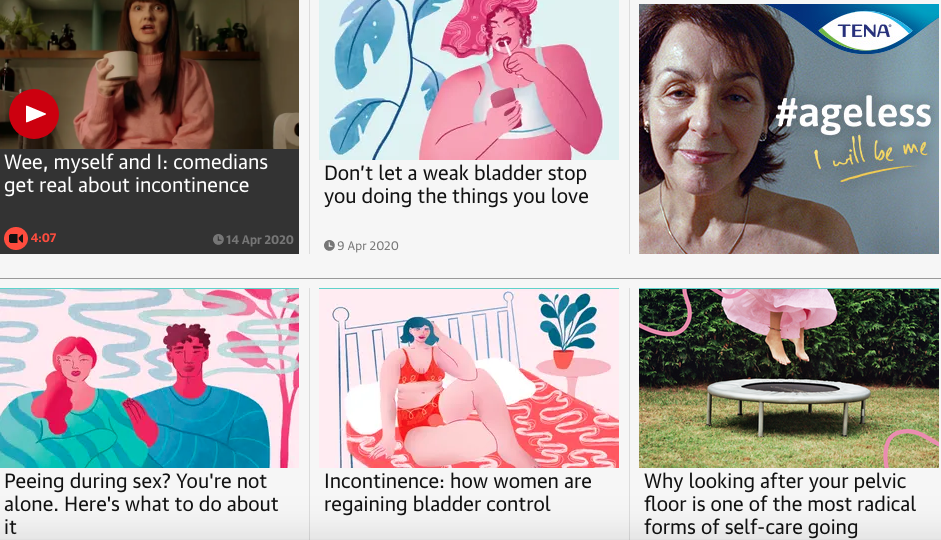 Ingrid Leddin, business director, Zenith, says: “The Guardian is a great fit for this bold and brave partnership. It’s a publication well-known for high-quality editorial, and is well-suited to tackling taboos with its trusted voice. The beauty of this partnership is we’re using a combination of press, video and online content with a range of different female voices in an authentic and relatable tone, giving a strong media mix over a consistent period of time. It will give TENA the gravitas needed to empower women and challenge the societal stigma around incontinence."

Imogen Fox, executive editor at Guardian Labs, says: “Women in real life are incredibly frank with each other when it comes to incontinence, so we’re really proud that the Guardian Labs and TENA campaign reflects the way we actually talk to each other. Running throughout the year,this ambitious campaign spans the Guardian’s video, online and print advertising spaces, including creative video content and articles in the form of personal diary entries that feature a range of women’s voices.”