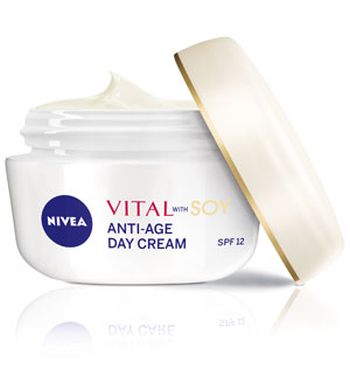 The partnership is designed to build a solid relationship with NIVEA Vital’s core audiences across radio, press, digital and at key live events during a five month period. The activity runs alongside the brand’s TV and video-on-demand (VOD) campaign.

Having performed strongly in the anti-age category following its launch last year, the NIVEA Vital product range is being extended in 2014 to include Argan Oil variants. Targeted at ABC1 women aged 55 and above, the activity will raise awareness of the brand and its latest products, as well as strengthen NIVEA’s credentials in the anti-ageing sector.

From 24 March to 24 August 2014, NIVEA Vital will sponsor Classic FM’s The Full Works evening show in order to reach listeners when they are relaxed and focusing on themselves. The sponsorship allows longevity, dialogue and the ability to deliver multiple messages over time directly to NIVEA Vital’s core audience.

The campaign will feature two promotions by NIVEA Vital brand champion and host of The Full Works, Jane Jones, during John Suchet’s Mid-Morning Show, the station’s highest rated programme. A further element of the partnership will see listeners being offered the opportunity to win one of 15 trips to locations across the UK and Europe and attend a Full Works concert, encapsulating NIVEA Vital’s ‘revitalising moments for you’ key messaging.

Branded tailored adverts, along with social mentions and a branded ad page on the Classic FM website will run throughout the campaign. The partnership also includes a Good Housekeeping advertorial featuring Jane Jones, and a Good Housekeeping “reader recommends” logo and content on the Classic FM hub to show synergy across the brands. To add to this, there will be a NIVEA Vital presence at two Classic FM Live events and at Opera in The Park.

MEC worked alongside creative agency FCB Inferno to create the messaging for the partnership.

Sophie Rock, Brand Manager for NIVEA Vital said: “Classic FM is a great partner for NIVEA Vital as it means we are reaching a perfect demographic for the range. The anti-age sector is overcrowded with brands saying the same thing about their products, something which has led to a category-wide trust deficit. This wide-reaching activity provides us with the opportunity to spend more time with our audience and build a trusting relationship with them. It allows us to communicate to our target audience that they can rely on NIVEA for effective care that works in harmony with their skin.”

Lucy Croxford, Business Director at MEC said: “This partnership allows NIVEA Vital to deliver multiple messages about the product range on an ongoing basis, and engage in consistent dialogue with core audiences across radio, press and digital outlets, and at relevant live events. By showing that it understands its audience and their passions, NIVEA Vital will deepen trust and credibility within this consumer group and also build upon the brand’s existing customer base.”