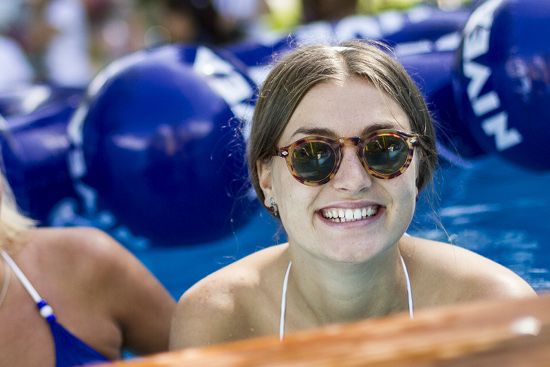 NIVEA is launching the second phase of “dare to dip”, a summer campaign which centres around the belief that when you feel good in your skin you have the confidence to live life to the fullest. After the successful Covent Garden launch event in May caused a big splash, the NIVEA team are now taking the “dare to dip” experience on the road, touring the ultimate mobile pool party with NIVEA Dip Skips across Northern Europe.

Following the London event, which starred Britain’s Got Talent finalists Aquabatique, British women were encouraged to embrace summer in their own towns. The integrated campaign, which continues throughout summer, runs across TV, Print, OOH, Radio and Online. The latest social media activities allowed women to vote for a glammed up NIVEA Dip Skip to come to their city. 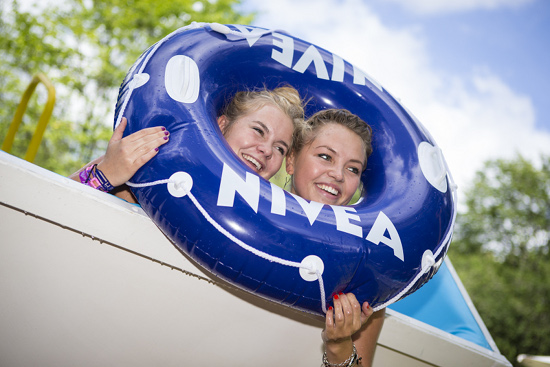 To support the social media voting process, a mini dip skip roadshow of popular postcodes encouraged engagement by giving a sneak peek of the unique experience. Not just a novel way to cool down, the Dip Skip events will be a fun filled celebration with DJs, indulgent NIVEA products, an opportunity to sign the dare to dip pledge wall and the chance to upload photos to the NIVEA Facebook page. The winning cities’ tour dates and locations are Spinningfields Hardman Boulevard in Manchester, 17th August; Liverpool Paradise Place, 31st August; and Sheffield Fargate, 7th September.

“Hundreds of women were able to take a once in a lifetime dip in Covent Garden but we wanted to spread confidence to even more women across Europe. The NIVEA Dip Skip is an urban object imbued with NIVEA care. It's not often you'd get to take a dip in a daringly public town centre location,” said Jo Wallace, creative director at lead agency Draftfcb.

So far over 66,000 women have pledged to dip this summer via NIVEA’s Facebook page; the campaign message has spread to millions of women; and thousands of votes were cast to bring the skips to local towns. The campaign has also been featured online and in local and national newspapers including the Daily Mail Online, Daily Telegraph and Daily Mirror. 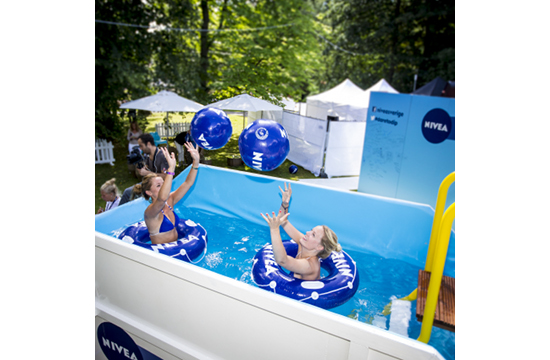 Neil George, marketing director, Beiersdorf Northern Europe commented, “The ‘dare to dip’ platform was conceptualized by the team to enhance NIVEA’s heritage of trusted skincare as well as the confidence of millions of women across our region. We are excited to see that thousands of women have embraced NIVEA’s ability to boost their natural confidence. The results of this wonderfully executed campaign have been simply fantastic.”

In addition to the UK activity, the “dare to dip” movement has been taking over Northern Europe. Denmark’s launch activity saw a Dip Skip rewarding competitors at the finish line of the Femina Run and in Sweden the brand created a pamper area at renowned hipster festival Way Out West.

The campaign has been created and stewarded by Beiersdorf’s global lead agency Draftfcb and focuses on building awareness of the dare to dip movement in the UK, The Netherlands and the Nordics. It is supported by a unique multi-agency partnership including Jack Morton Worldwide, the global brand experience agency; a partnership with Bauer, brokered by MEC; social media and community management by Agency Republic; as well as a consumer PR drive by Zeno Group London.