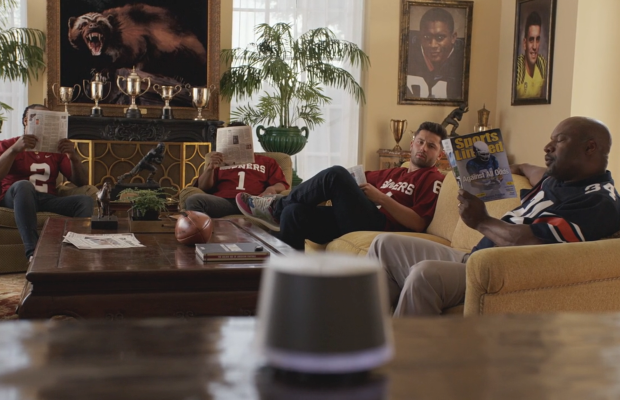 The 2019 Nissan Heisman House campaign is underway as part of Nissan's now 14-year sponsorship of the Heisman Memorial Trophy Award and the Heisman Trophy Trust. Now in its ninth year, this season’s Nissan Heisman House campaign features nine Heisman Trophy winners in a series of TV spots airing on ESPN throughout the college football season. The latest spot, “Bo vs. Machine,” is one of six spots directed by Anthony and Jo Russo (The Russo Brothers), and produced by Bullitt.

When Derrick Henry, Kyler Murray, and Baker Mayfield have a question, they don’t ask each other, they ask their digital assistant. But star of the football field and baseball diamond Bo Jackson doesn’t need a fancy device. In fact, he’ll do anything to prove he’s faster than your newfangled gadget. Need an answer for random football trivia? Bo’s faster. Want to turn off the lights in the bathroom? Faster. But can he remotely start your new Nissan Rogue? No. But he’ll try to anyway.