Show launches on Spike TV in partnership with Nissan, PlayStation and Silverstone 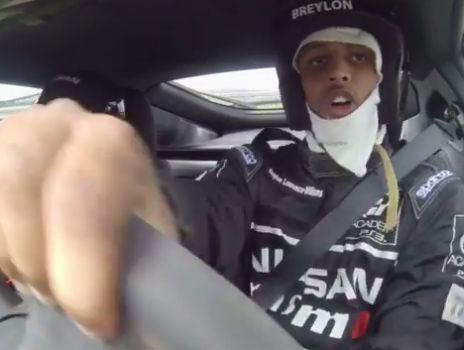 After three successful seasons on television and at the racetrack, Nissan GT Academy returns to US television for its fourth season, looking for North America’s newest professional racer to make the jump from the virtual racing world of PlayStation®3 racing simulator Gran Turismo®6 to the cockpit of a real racing car on the racetrack.

The first of six Nissan GT Academy episodes airs on Spike TV at 11:30 p.m. ET/10:30 p.m. CT on Friday, November 7. Five 30-minute episodes will air each Friday, November 7, 14, 21, and December 5 and 12, leading up to a one-hour season finale on December 19, in which a single winner will be crowned. Episodes will also air the day after on Hulu, with a one-week delay on MTV2 starting November 13. Every episode will also be available for viewing on the Nissan YouTube channel the Monday after its original airdate.

“The partnership with PlayStation and Silverstone has been a great outlet for Nissan to share its performance-car capabilities with a young demographic,” said Jeremy Tucker, vice president, Marketing Communications and Media, Nissan North America. “Bryan, Steve and Nick have represented Nissan well, and I look forward to adding another capable driver to the Nissan and NISMO team.”

The show, which has seen over 1 million online racing enthusiasts registered since its inception, provides the leading Gran Turismo drivers with a chance to become a professional racing driver for Nissan. Each season, the top 32 contenders are invited to New York City to compete in the North American finals. This year, for the first time, the finals included Canadian contestants, as the pool of finalists was trimmed to 12 after a series of virtual, media and real-life driving challenges.

The six-part television series puts the 12 finalists through a variety of physical, psychological and athletic challenges in addition to extensive track time in Nissan 370Z® NISMO®s, Nissan GT-R®s and the Nissan JUKE® NISMO® on the track at Silverstone in the UK. One winner emerges as the latest NISMO athlete to drive for Nissan, beginning with the Dubai 24 Hours in January.

Winners from the global program have gone on to compete professionally in racing competitions around the world. Inaugural GT Academy Europe winner Lucas Ordóñez won the Pro-Am division championship of last year’s Blancpain Endurance Series in a Nissan GT-R, while US 2012 winner Steven Doherty notched two victories in the Pirelli World Challenge Touring Car series and 2011 US winner Bryan Heitkotter has won poles and podium finishes in the IMSA Continental Challenge division in a 370Z NISMO.