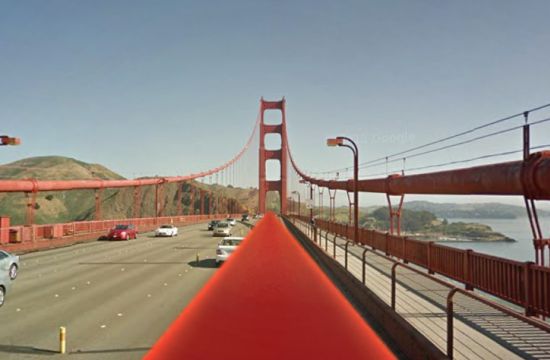 Nissan today launched “The Detour,” an exciting virtual driving adventure in support of the ongoing rollout of the all-new 2014 Nissan Rogue compact SUV. Available now at http://www.nissanusa.com/the-detour, The Detour utilizes Google® Street View, Google® Maps and Google® Satellite API – along with Hollywood-style digital effects and a soundtrack from recording artist M.I.A. – to create a custom test drive experience starting from anywhere around the world.

“Recent studies show that new car buyers today spend nearly twice as much time researching their purchases online than at dealerships – more clicking than kicking the tires, so to speak. So why not bring the two together with an informative and enjoyable test drive in buyers’ own neighborhoods?” said Jon Brancheau, vice president, Nissan Marketing Communications & Media, Nissan North America, Inc. “The new Rogue is off to an amazing start since it was introduced last fall and we expect The Detour to direct a lot of traffic from the website straight to local Nissan dealerships.”

The Detour was created by Critical Mass, Nissan’s lead digital agency, and brings together software from Google®, the talents of Academy Award-winning director of photography Guillermo Navarro, digital production and creative technology from Unit9, and digital effects from Digital Domain/Mothership, an Academy Award-winning digital production company. Together, the partners solved the tricky technical challenges of rendering a photo-real vehicle in real-time as commuters travel their personalized routes and more. The virtual test drive’s soundtrack, worthy of a blockbuster trailer, features M.I.A.’s new single “YALA,” which is available for download on NissanUSA.com.

Critical Mass Executive Creative Director Steve Savic explained, “Since driving the new Nissan Rogue is so exciting, we put people in the action by allowing them to take a drive on their very own street. But we couldn't shoot the car on every road in the world, so we turned to Google® Street View to gives us our set. Working on ‘The Detour’ was like creating an action scene on the most unconventional location ever.”

Optimized for desktops, tablets and smartphones, the virtual test drivers start their cinematic action-adventure by entering their point of origin and destination address or using their current location from the browser settings.

From the driveway to the interstate highways, there are an infinite number of journeys to experience from the driver’s seat of the Rogue. At the end of each drive, users can find their local dealership and schedule a test drive, download the soundtrack on NissanUSA.com, or invite people to try it out by sharing the site and using the hashtag #TakeTheDetour.

For tablet and smartphone users, one swipe of the finger launches the Rogue into mid-air, all based on the user’s current location. To explore further, the site offers some pre-programmed routes around familiar U.S. destinations such as Chicago, Seattle, New York, San Francisco, Las Vegas, and South Florida.

The Detour experience will be supplemented by an online media buy, including homepage takeovers on MSN and Yahoo! and promotion on Nissan’s social media channels.