A Nissan supercar, a 4x4 and a helicopter all help to get the UEFA Champions League trophy to the stadium in time 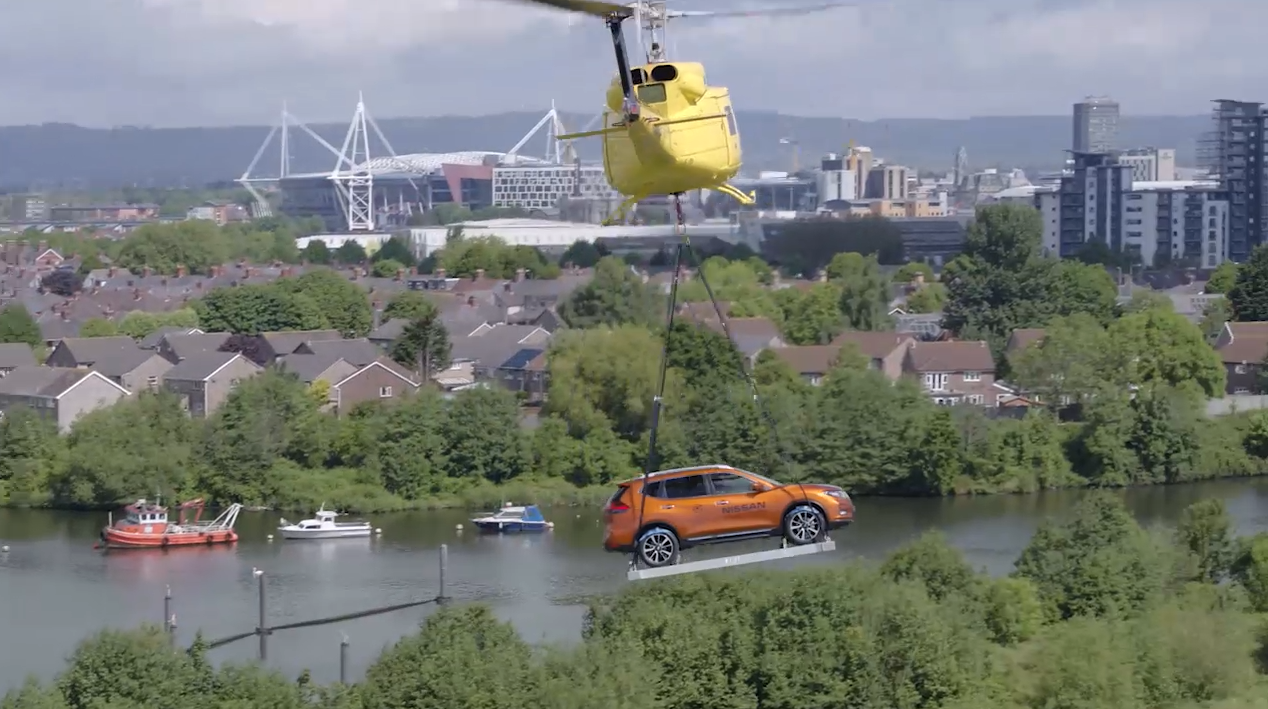 When you are a football fan, UEFA Champions League match days are THE time when you’re simply ‘too excited to’ concentrate on anything other than the big game.

As official automotive partner of the UEFA Champions League, a Nissan vehicle is used every year to carry the iconic trophy from the Champions Festival to the stadium.

Keeping true to the idea that Nissan brings fans closer to the excitement, Nissan selected a fan to drive the Nissan e-NV200, the brand’s 100% electric van. To further add excitement to this journey, the fan was accompanied by none other than football legend, Edgar Davids, a former UEFA Champions League winner.

Facebook live was the innovative platform used to broadcast this event to the millions of UCL fans #TOOEXCITEDTO concentrate on anything else on day of the final. This helped further ensure the global fan base could experience the excitement wherever they were in the world.

However, events took a slight detour as our excited fan took Edgar Davids on a journey to the wrong stadium, Cardiff City!

Realising their mistake and with only minutes to get the trophy to the correct location, Nissan came to the pair’s rescue, with a mad dash in a Nissan GT-R supercar, the new X-Trail crossover and even a helicopter!

The live broadcast of The Grand Detour was hosted on the Nissan Excitement FC Facebook page, UEFA.com and Goal.com.

The Facebook Live broadcast used in-car cameras, plus others on motorcycles and attached to the helicopter itself, which left fans wondering if this was staged or if the fan driving the eNV200 was really #TOOEXCITEDTO think about anything other than the match?

The new Nissan X-Trail was the star of the show, having only been unveiled to media the day before the Final at an exclusive preview event in nearby Newport.

Jean-Pierre Diernaz, Vice President, Sales & Marketing, Nissan Europe, commented: “Nissan wanted to celebrate the pre-match excitement of the UEFA Champions League Final in a bold way. Every year the trophy journey is a massive event followed by millions of people, and we wanted to make this even more spectacular for football fans who we know are so excited about the game already.”