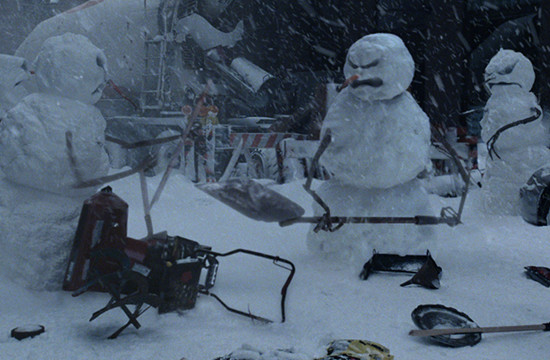 For Canadians, getting through winter feels like war. One bad storm can disrupt our entire way of life, freezing and bursting pipes, stranding cars, downing power lines, and leaving citizens feeling totally helpless. In all these ways, winter is a siege on our cities. To promote the 2014 Nissan Rogue and the performance of its all-wheel drive, we created a story that demonstrates its ability to manoeuvre the absolute worst winter conditions. For dramatic effect, we depict a city under siege by evil menacing snowmen who represent the worst that weather conditions can inflict on us. In it, the snowmen wage war on the city, our hero emerges in the Nissan Rogue, using its all-wheel drive to cut through the snow, smash through the evil snowmen, and be the hero this Canadian winter needs. And with its 7 passenger seating he is able to be a hero to stranded Canadians.