In an interactive campaign, including an online competition that saw over 13,000 designs submitted 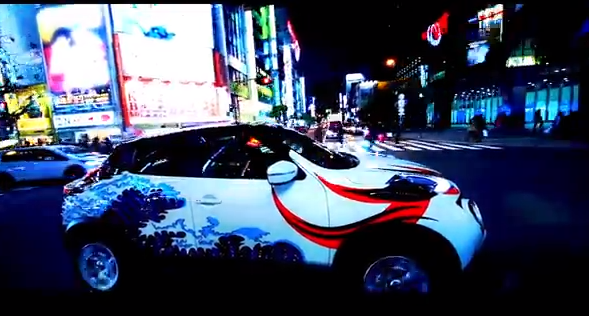 Nissan JUKE’s latest online campaign, ‘JUKE by YOU’, invited the general public to design their very own Nissan JUKE car decal, and share on social media for a chance to see their design brought to life.

Using the interactive decal design platform on the ‘JUKE by YOU’ website, users were able to create their personalised Nissan JUKE before submitting it to the online competition. Over 13,000 designs were received after the launch of the project late last year.

After a screening process, Kyoto resident, Masashi Sugimoto, was selected as the winner and revealed to the world as the official JUKE Decal Designer. Sugimoto’s grand prize-winning design, ‘JUKE by MASASHI’, was based on Kumadori – the traditional stage makeup of Kabuki. His unique, yet classically traditional motif was unveiled to media at a Tokyo press event.

Nissan JUKE is equipped with customisable side door mirrors and center console, and ‘JUKE by YOU’, created by TBWA\HAKUHODO, expanded on this customisation concept to envision a new era in which people can casually design and customise their own cars, with the same ease and simplicity as changing their mobile-phone cases.

The competition is now closed, but users can continue to design their own Nissan JUKE at ‘JUKE by YOU’.