Nissan & DigitasLBi Are Breaking Up with Petrol This Valentine's Day 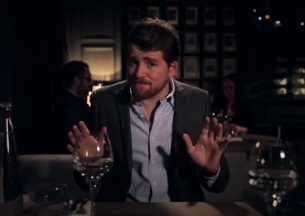 This year, Nissan is going against the typical Valentine’s mood to look at various (funny!) ways of breaking up, in a series of videos, animated GIFs and e-Cards, published on social media in the week leading up to 14 February.

The hardest words to say or hear on Valentine’s Day are “this relationship isn’t working.”But according to Facebook and Twitter, that’s what a lot of us are thinking! Shocking but true: around Valentine’s is the most common time for people to mention “break up” in their update status. And at the same time of year, Twitter shows #single trending like crazy.

That’s why this year, Nissan has decided to send a message to everyone thinking about moving on. Thanks to a short film that draws humour from all the many uncomfortable ways people use to say, “sorry, it’s over…” Nissan makes the point: in comparison, breaking up with petrol doesn’t seem so hard! Just like a break-up, switching from a petrol car to a 100% electric one seems like a tough decision, but once you’ve made it, a new start is guaranteed.