Nissan Channels The Spirit Of Russell Crowe In 'Ark' Spot 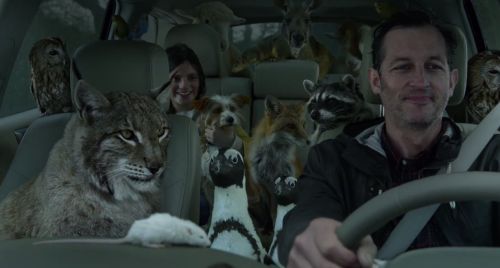 In Nissan's new TV spot by TBWA/Chiat/Day, an ordinary country drive turns into the adventure of a lifetime. Helmed by a loving father and assisted by his daughter, we see the Pathfinder battle the stormy elements and pick up some friends along the way. This is our retelling of the most epic of adventures: the story of Noah’s Ark.

Director Peter Thwaites (Guinness “Cloud”, Honda “Museum”, and Guinness “Clock”) brought his unique vision to the table for this project. This isn’t your run-of-the-mill epic car spot with swooping vistas and wide-angle helicopter shots; this is up-close and intimate, allowing us to tap into the potent human truth: that fathers also love adventures with their daughters. By focusing our lens on their relationship with each other, we see this bond grow stronger through an experience that could only have happened in a Nissan Pathfinder.