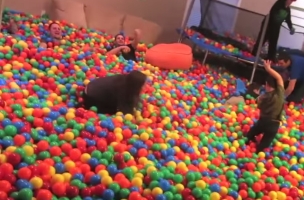 Last week Nissan unveiled a unique marketing campaign as part of the company’s run-up to advertising in Super Bowl XLIX, the first time the automaker has advertised during the big game in nearly two decades.

Nissan has enlisted popular YouTube content creators who have established audiences to create special pieces of content that speak to the theme of #withdad. They were tasked with creating short online teaser films using their individual styles and voices to bring the #withdad – and great family adventures – idea to life.

Prank star Roman Atwood took this idea, and went full throttle. Filling his entire house with plastic balls, he not only surprised his wife, but also had an afternoon of fun with his child.

“After nearly a two-decade absence from the Super Bowl as an advertiser, we want to maintain the excitement and anticipation of game day. With so many commercials airing before the big game, I fundamentally believe it takes away much of the magic of showing the commercial on the biggest stage of the year.  Prior to the Super Bowl, we do however want to build suspense around our story, while provoking a social conversation around the overarching theme. Our highly creative YouTube content creators help us do just that as we get ready to share our spot with America on Super Bowl Sunday,” said Fred Diaz, senior vice president, Nissan Sales & Marketing and Operations U.S., Nissan North America, Inc.

You can view the other YouTube stars' videos here. 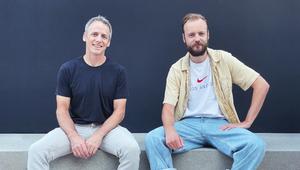 Creativity Squared: Learning from Each Others Perspective with Jeff O’Keefe and Bert Marissen
View all News