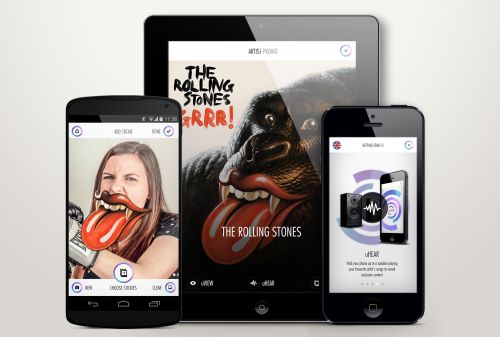 Mobile agency Nimbletank is set to drive new levels of engagement of the successful uView app for the Universal Music Group by introducing new artist photocards and audio recognition features.

In addition to being able to interact with AR album artwork, users will now be able to create and share personalised photocards using artist ‘Stickies’. Another new feature coming soon will allow users to use audio recognition technology to unlock exclusive video and photographic content related to specific artists in the app. Once a track is played, it is recognised by the app and the exclusive content is shown to the user. This additional functionality will allow Universal to promote artists and albums in an engaging way. The new version of uView is being launched on iTunes store and Google Play.

“Universal Music fans are looking to explore new music and content related to their favourite artists all the time and it was important that we allow them to do it in a fun way. We wanted to build on uView’s success with enhanced features that met with the needs of our target audience. Thanks to Nimbletank, we have achieved this and we’re looking forward to its reception.”

“Ever since we launched our uView app it has been met with the seal of approval from Universal Music fans across the world and so we wanted to ensure that we kept the app fresh for their needs. The audio recognition functionality perfectly plays into the hands of every fan and provides them with even more relevant content for their music-hungry ears and eyes and to share their experiences with their favourite