The Sweet Shop's Steve Ayson and Clemenger BBDO prepare you... 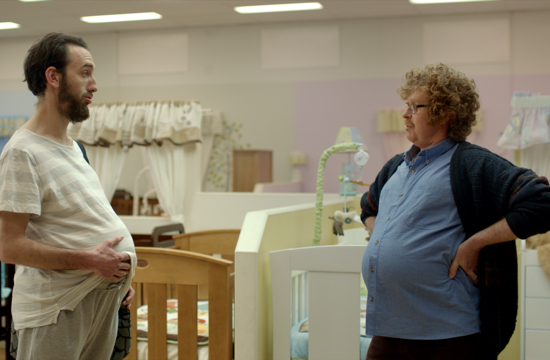 In his inimitably dry style, Ayson has taken three unexpected situations including heavily pregnant men shopping for cots, tiny naked Germans having a sauna in a car engine bay, and a couple of duplicitous blokes dressed up as a pet dog, and has added typically oddball street casting with beautifully crafted performances to create a uniquely quirky, and utterly memorable series of brilliant spots.

Ayson comments, “The dream brief was fairly nuts to begin with, and the scripts super funny, which gave us a rare opportunity to concentrate on pushing the boat way out in terms of casting, performance, and art direction.”

The Sweet Shop’s Managing Director, Wilf Sweetland adds, “It is such a delight to watch Steve work. His level of craft and collaboration with the Agency is extraordinary and continues to amaze. Scripts like these are highly prized and Steve has done a brilliant job.”

Ayson is used to making spots that people talk about for weeks if not months afterwards, and these three beauties will be no exception. www.nimble.com.au/unexpectedhappens