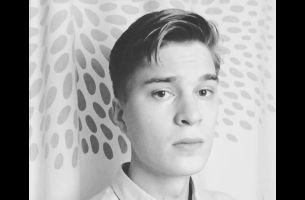 Nike caused quite a stir by launching the Just Do It 30th anniversary campaign with NFL star Colin Kaepernick, stating boldly, “Believe in something. Even if it means sacrificing everything". As a quick recap, Colin Kaepernick caused a stir in his own merit back in 2016, when he took a knee during the US national anthem, protesting racial injustices against African Americans. The stunt was highly publicised and Kaepernick was lifted amongst athlete activist legends, such as Muhammad Ali and others, who have dared to take a stand before.

Now Nike and Kaepernick have launched the latest episode in this story with the before mentioned campaign. The ads took social media by storm and the traditional medias soon followed. The ads ended up dominating the news cycle and public conversation for the following weeks with polarised opinions to say the least.

The ads themselves provided little surprises. They were well-written, well-designed, inspirational and something to be expected from Nike. The public was clearly outraged because Nike took a stand on this topic and in the process alienated a segment of their fans. I mean, people began to burn their sneakers. Some were obviously angry.

So, this campaign left Nike in the middle of a controversy. What were they thinking?

One thing is clear, though. They knew exactly that this move would start a social media firestorm. This topic was still smouldering from the previous media bombardment. This means that Nike intentionally predisposed themselves to criticism and the attention it brought with it. The big reveal of the ad says it all. When Kaepernick slowly turns around and begins to deliver his lines, people are meant to have a reaction. Some are meant to be outraged. Also, this wasn’t Nike being tone-deaf like Pepsi with their ad with Kendall Jenner. They weren’t looking to create a lukewarm crowd-pleaser. This was well-calculated strategic controversy.

Nike could be setting a trend here. By siding with Kaepernick, Nike managed to bring a whole new level of relevance and topicality to the brand. Few ad campaigns have managed to own the news and public conversation like this one has. Along with excessive press coverage, this campaign also activated the funny-guys of the internet and memes were abound. The ads were seamlessly blended with pop-culture references and managed to highlight many important topics of our time. Some of which were poking at Nike and their previous controversies, like their questionable use of labour in Asia. 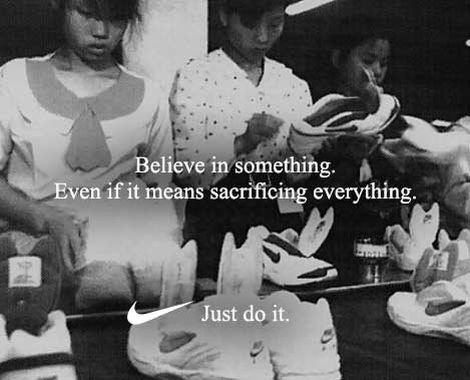 But, this is the essence of strategic controversy. In the end, Nike has very little control over the conversation it has started. People make of this what they will and that is all part of the campaign. The point was to spark something and activate people. My guess is that we’re going to see some smaller brands attempting something similar in the near-future. When attempting strategic controversy, it’s important to remember that Nike is a huge brand with excessive resources, the history and stomach to take a reputational hit if things go wrong.

Was this a good move for Nike?

Shortly after the campaign was released, various parties began to report changes in KPIs such as customer favourability, stock value and sales. For example, Morning Consult reported that customer favourability had declined double digits after initial measurements following the release of the campaign. Also, Nike’s stock price seemed to take a hit while #NikeBoycott was trending on twitter. All this combined with people burning their sneakers and cutting away the swoosh logos from their socks raised some doubts about the success of Nike’s move.

Despite all this, the tone of the conversation soon changed after Nike began reporting a clear rise in sales. A comparison to the same time period last year showed that Nike’s online sales were up by a crisp 31%. The news was soon followed by a rise of Nike’s stock price which reached new heights in the following days. Also on a lighter note, Nike’s Instagram account seems to have gained some 170,000 new followers during the buzz, mainly in their key demographic of young males.

Ultimately, after a roller coaster of social media activism, Trump tweets, media coverage and analysis, things seem to be looking good for Nike. Despite the initial outrage, Nike’s move seems to be paying off. Although, I find it hard to believe that Nike was doing this for the short-term gain. With this move Nike was aiming to leave its mark as one of the most impactful brands of our time and to continue its long tradition as the rebel brand its founders intended it to be.