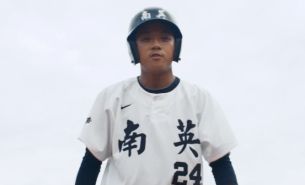 In Asia, Taiwanese people are widely considered humble to a fault. Many see their politeness as a weakness. This film embraces the respectful and humble nature of Taiwanese athletes and shows that when it comes time to play, they don’t pull any punches.

For the first time in over 10 years that Nike created a ‘Just Do It’ film specifically for Taiwan. Taiwan is legally known as the Republic of China and under the rule of China even though it's a completely different state, culture, people. Previously, they have had to use the work from Nike China until this year. It’s the first time Nike is really getting behind them and authentically celebrating Taiwanese culture in a work of this scope and calibre. This is a huge moment for Taiwanese youth to see their culture and language in the mainstream and take pride.

In a market (Asia) where mimicking American chest thumping and mean mugging has become the norm, this film authentically captures the soft spoken nature of Taiwanese culture and recons back to the ways of ancient eastern warriors who fought fiercely but followed a code of humbleness and respect for the opponent. A virtue that is almost lost in modern day sport.

The film champions female athletes from beginning to end. Tennis star Kelly Chang sets the tone from the get go.

The film starts off with soft spoken performances juxtaposed with powerful sports action. The dialogue relies on double meanings. For example, the tennis player begins with a phrase commonly spoken before a match ‘Please enlighten me’ - a play on the opponent as the teacher. However, it’s can also be delivered sarcastically as an ‘F- you’. As we reach the Javelin thrower the film takes a more aggressive tone and turns into an aggressive frenzy. The chant in the film is an authentic pregame chant by a division 1 high school basketball team that reflects their indigenous roots. The final pitch is thrown by a 17 year old top baseball prospect destined to go pro.