Awards and Events 60 Add to collection 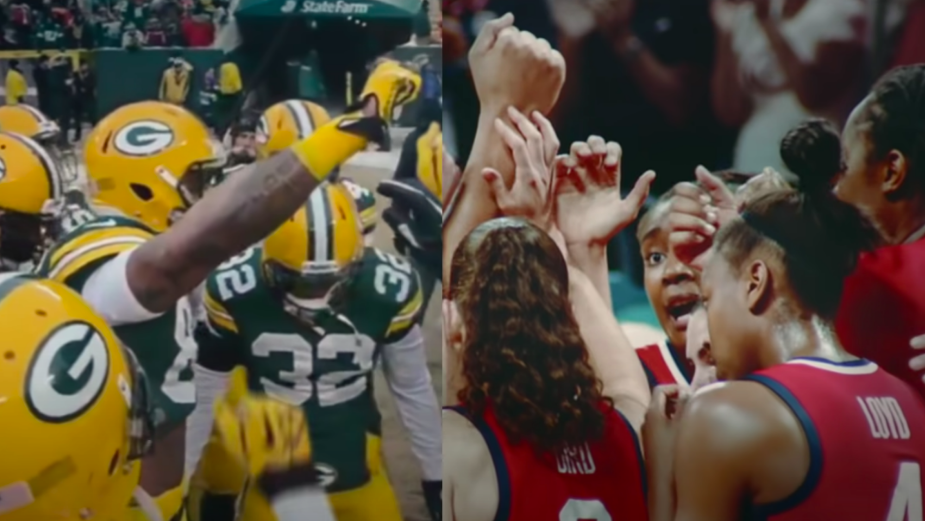 Nike and Wieden+Kennedy’s landmark 'You Can’t Stop Us' ad, which made waves for its clever and visually riveting editing in Summer 2020, has won a Cannes Lions Film Grand Prix. Co-edited by Academy co-founder Peter Wiedensmith while at JOINT alongside Jessica Baclesse, the spot splices seemingly disconnected sports and globally distant communities together to forge a show of unity and perseverance. The ad also earned a Bronze Lion in Film Craft.

As the campaign was largely made from found footage, its magic relied heavily on the edit bay. Notes Peter: “I love documentary storytelling because it gives me the chance to say something truly emotionally authentic. Copywriter Dylan Lee and art director Naoki Ga drove the concept to the highest level possible, and I have never seen such a huge post team as we had at JOINT to find and license the footage and make the pairs! The support from the CDs Alberto Ponte and Ryan O'Rourke, W+K, Nike, Oscar Hudson and Pulse Films, as well as A52 were all necessary. We had several editors, many assistants, producers, footage researchers, VFX artists, and every single one of them was necessary to make this happen. It was a huge collaboration, and the way that reinforces the central theme of the spot is so perfect.”

Peter left JOINT in Summer of 2021 to found Academy alongside former JOINT editor Tommy Harden. The new Portland-based editorial shop is focused on working with creative agencies and directors while nurturing up-and-coming editors with education and experience. The duo joined forces after an extensive tenure with JOINT, where Peter served as founder for 25 years and Tommy as editor for 14. The work of the two talents at JOINT earned three Emmys, for the 2011 Chrysler “Born of Fire” spot, P&G’s “Best Job” campaign celebrating Olympic athletes and their mothers, and the more recent awards-sweeping Nike “Dream Crazy” ad. Wiedensmith and Harden were additionally nominated for three Emmys combined, including the famed Nike spot “Hello World” starring Tiger Woods and Chrysler’s “Half Time in America” with Clint Eastwood.