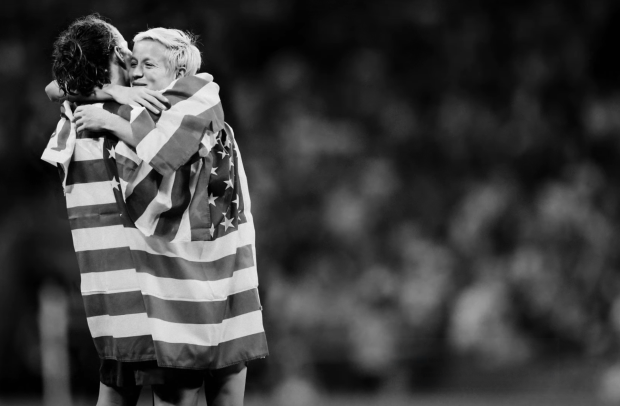 Nike rounded out the Women's World Cup in a similar fashion to how it kicked it off - with a rousing, inspirational ad.

Whereas its launch spot for the competition was a frenetic, fast-paced celebration of the game in general and the various national teams that Nike sponsors, its concluding film hones in on the achievements of the winning team, the USA. The Americans are the most successful women's international football team ever after beating The Netherlands 2-0 to win their fourth World Cup ever.

The spot features various black and white still images of USA players, as an impassioned voiceover dictates a crowd in reciting the team's 'I Believe' chant.

There's deeper meaning to the ad than just celebrating the US team's victory. As it progresses, images of people holding placards reading things like "EQUAL RIGHTS" appear and the voiceover speaks of how "women will conquer more than just the soccer field". It also singles out Megan Rapinoe, the team's captain who has been in the press recently due to her vocal opinions on Donald Trump's presidency.