Nike is 'Winning in a Winter Wonderland' 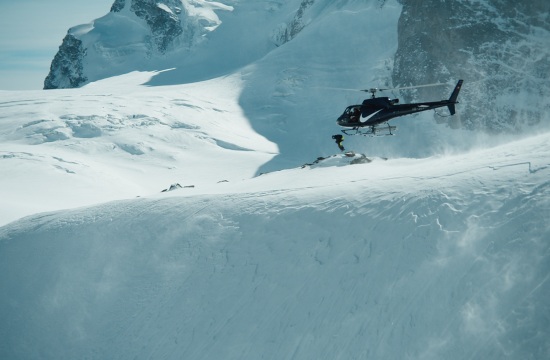 Nike and Wieden+Kennedy Portland show how some of the world’s best athletes brave the elements to perform at the highest level in a new short film, "Winning in a Winter Wonderland." Set to a whimsical rendition of the classic holiday tune Walking in a Winter Wonderland, the film features professional baseball player Robinson Cano, professional football player Justin Tuck, skier Julia Mancuso, snowboarder Scotty Lago, soccer stars Alex Morgan and Sydney Leroux, along with a cameo appearance from Ohio State football coach Urban Meyer, in a series of training and game-action play.

Collectively, these athletes celebrate the glory of victory over adverse conditions as they all happily sing along while the elements of winter are removed from the core challenges of their respective sports. From the diamond to the gridiron, the slopes to the pitch, Nike Hyperwarm Performance Baselayer options are designed to keep the body warm without restricting movement.

The integrated campaign includes a full-length :60 film, :30 lift, along with a rich media digital takeover and social media elements. The film was directed by Rupert Sanders.

CLIENT                NIKE
PROJECT NAME    “Winning in a Winter Wonderland”
SYNOPSIS OF SPOT    Nike athletes enjoy, even love working out in the cold weather because they are properly prepared in their Hyperwarm performance base layers.
CLIENT CONTACT    Kevin Kirksey
LAUNCH DATE    December 7, 2013