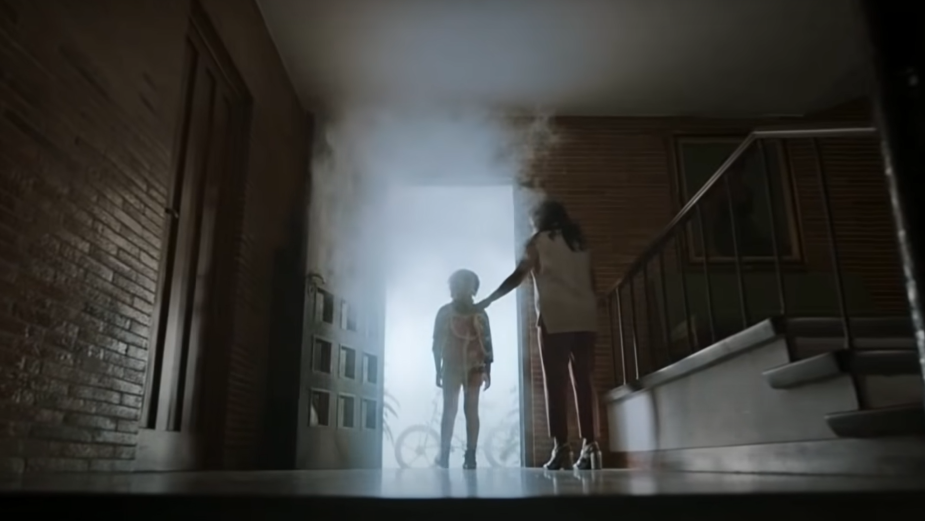 Amsterdam-based creative agency Soursop has teamed up with production company and creative studio HALAL to work with UNICEF (the UN’s children's agency) to produce a two-part video campaign that raises awareness of climate change and positions UNICEF on the issue ahead of COP26.

Repositioning the climate change crisis as a children’s emergency, the short films work in tandem to illustrate millennial parents’ anxieties, before calling upon world leaders - businesspeople and policy-makers alike - to take action for the sake of the next generation.

Aiming their campaign at parents in high-income markets, Soursop’s short films feature a diverse cast of real-life characters who care deeply about the climate change crisis, but feel powerless to protect their families from seemingly-unavoidable catastrophe. Overwhelmed by society’s focus on individual responsibility, young mothers and fathers subconsciously live out their worst nightmares — dreaming fitfully of taps empty of water, burning forests and thick, poisonous smog. “I don’t want my mumma, or me, to be scared for our futures,” says one child, as she strokes her mother’s forehead, visibly concerned. “It’s now or never for world leaders to take action for our futures,” says a small boy.

But rather than affirming parents’ fears, Soursop’s thoughtful, solutions-focused filmmaking also drives forward a message of opportunity, hope and action. All is not lost, each film reassures its audience: there’s still time to protect those they care about most deeply.

UNICEF is committed to lobbying world leaders and CEOs for real, demonstrable action against the negative effects of climate change on young people — utilising its unique position in the corridors of power to stand alongside parents and demand more for their children.

“It’s not everyday you get approached by UNICEF to make a creative campaign that drives real change and pushes boundaries at such a significant moment in time. At Soursop we were happy to take on the challenge and work together to help change the narrative,” says Abigael Smith, business director at Soursop.

Using their unique process of assembling a tailor-made team of experts to realise their creative vision, Soursop and HALAL collaborated with creative strategist and climate change activist Mareka Stake, before bringing HALAL and feature film director Thessa Meijer on board to crack UNICEF’s brief. Taking inspiration from dystopian Korean cinema as well as psychological thrillers such as Get Out, the team worked together to build apocalyptic nightmare scenes, each one underscoring the urgency of governmental and business action.

The result is a pair of minute-long films, each merging evocative, dreamy visuals with emotive storytelling to explore the psychological effects of climate change, to powerful effect.

With the shared goal of inspiring immediate political action in the face of a growing crisis, Soursop and UNICEF worked collaboratively from concept to creation, dissolving the traditional boundaries between client and agency to achieve the former’s artistic ambitions, while landing the latter’s core message of ‘Make It Happen’. The final product marks a distinct shift for UNICEF, whose high-profile campaigns are often associated with traditional documentary and news reportage.

“Because this is the first time UNICEF is making a marketing package for parents on this issue, we spent a lot of time working with Soursop to get the strategy and audience insights just right. We needed to do three things: position UNICEF on the topic; acknowledge audiences’ anxiety but also show a solution; and encourage people to take action,” said Codi Trigger, UNICEF. “These powerful films, based on market research, are an incredible tool for us to launch into long-term campaigning on the issue of climate, water and children.”

The two short films will premiere during the 2021 United Nations Climate Change Conference (COP26) in Glasgow. Taking place between October 31 and November 12, COP26 will bring together hundreds of world leaders, negotiators, government representatives and citizens for what will be the UN’s 26th annual international summit on climate change. 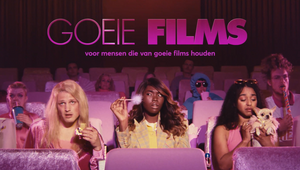