Created by Publicis Brasil, the campaign portrays real stories as a child choir sings Celine Dion's “Because You Loved Me” 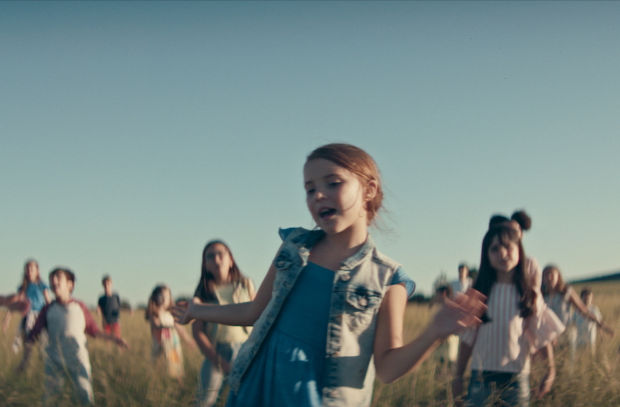 To support your son who wants to be a dancer despite the bullying that accompanies it. To leave your job to help your daughter who dreams of becoming a violinist. These and other real stories about mothers who help their kids to express their individualities, even when they need to confront society in doing so, are portrayed in Nestlé Nido's new campaign.
Created by Publicis Brasil and launched across Latin America on Tuesday, the initiative celebrates Mother's Day and includes an open TV film as well as a three-minute web documentary.
Aiming to promote respect for the identity of those we love - and to support mothers and fathers who have been through similar situation - the commercial is set to Canadian singer Celine Dion's hit “Because You Loved Me” sung by a young choir:
You were my strength when I was weak
You were my voice when I couldn't speak
You were my eyes when I couldn't see
You saw the best there was in me
Lifted me up when I couldn't reach
You gave me faith 'cause you believed
I'm everything I am
Because you loved me.
The hashtag #amorquedeixaser (#lovethatletitbe) accompanies the film.
“To raise a child is to live with the joy of a love capable to fulfill you and at same time to deal with the fact that your decisions impact someone else's future. We have seen a positive response generated by mothers and fathers who accept their kids' individuality. This campaign encourages other parents to do the same, for their children's sake and their own”, says Carine Mahler, Nestlé's marketing executive manager.
“We celebrate the love that accepts, embraces and gives self-confidence to the child to be true to her essence even when traditionally one could expect her to be or do something else. Nido is on the side of the mothers for 75 years, and we felt we could contribute to go deeper in that conversation.”
According to Publicis Brasil's CCO Domênico Massareto, the inspiration for this campaign came from extremely powerful daily stories. “The stories portrayed are real and talk to every woman who deals with the dilemma of letting a child be whoever they want to be and, at the same time, protect them from the world. Those stories are framed by a song that embodies all it means to be a mother.”
The campaign was created by Samuel Normando, Pedro Lazera, Cícero Souza and Lucas Zulian under the creative direction of Domênico Massareto, Gustavo Victorino, Samuel Normando and Elisa Gorgatti. The production company was Corazon, directed by Raphael Gasparini.
view more - Creative