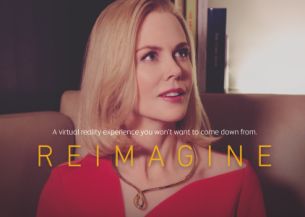 Today sees the launch of Etihad Airway’s stunning new 360-degree virtual reality film, starring academy Award-winning actress Nicole Kidman. The film, titled “Reimagine”, is created by The Barbarian Group, a subsidiary of Cheil Worldwide, in partnership with the creative digital production company MediaMonks, and takes a 360-degree look at the luxury interior of Etihad’s Airbus A380. Click here to try the experience.

In “Reimagine” we follow Nicole Kidman on her journey aboard Etihad’s revolutionary Airbus A380, which houses the ultra-luxurious and private three-room suite, The Residence. In her journey, the unique features that make Etihad one of the leading luxury airlines in the world are revealed.

Adam Lau, Creative Director of The Barbarian Group, says: "Storytelling in new mediums always brings out the best in our agency. VR was a natural fit for a brand that prides itself on experience.” In a major coup for the airline, this marks the first time a Hollywood A-list star has appeared in a fully immersive virtual reality film.

Ola Björling, MediaMonks, Global Director of VR, explains: “As the most multidisciplinary medium there is, virtual reality relies more heavily on craft and execution than anything before it. We believe the display of artistry in every facet of this production is setting a new benchmark for live-action VR.”

“Reimagine” is one of the most progressive and technically correct 360° films to date. The combination of an extremely high end camera, a unique lens as well as a moving rig is a first in the VR industry, especially at such a big scale as this production. The film has zero seams, holes or flaws, and has been produced at a resolution that is so progressive it precedes the next generation of VR headsets.

Four minutes in length, “Reimagined” will debut in monoscopic sound on its own dedicated website, and will be followed by an updated version in stereoscopic sound on June 17th. The film will also be released online as a YouTube 360 video. A teaser trailer for the film was released at the end of April. Nicole Kidman was first named ambassador of the airlines in 2015. 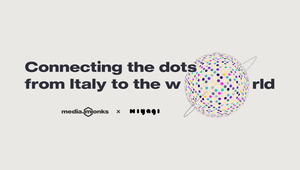