The pair have been a creative team since 2008 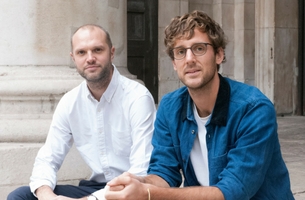 VCCP are delighted to announce the arrival of Nick Sheppard and Tom Webber as a creative team. They join a growing creative department following new business successes this year including Cadbury, Domino’s, Suzuki and Britvic and will be adding their creative flair to all VCCP accounts.

The pair have been a creative team since 2008, having met at the Watford creative course and then joined adam&eveDDB in 2009. The pair worked there for eight years putting their considerable talents to campaigns such as Marmite, Amstel, Save the Children, Volkswagen and Dreamies.

Recent notable work includes 'Marmite Gene Project' which launched in September this year and in 2014, they created the 'Marmite Neglect' campaign, which won two gold Lions at Cannes as well as Commercial of the Year at The British Arrows. They have also won awards for John Lewis, Volkswagen and Save the Children, made music promos, put on an exhibition of dogs' art for Battersea Dogs & Cats Home and written comedy for BBC Radio 4.

Commenting on the new position, Nick and Tom said:

''Paddington to Victoria, a 14 minute journey that took us 8 years! We're really excited to be here. The creative department that Darren, Jim and Matt have built has a real energy and a buzz about it, in an agency with obvious momentum. There are some great opportunities and we get to work with a really nice bunch of people.”

They will report into Darren Bailes, ECD, VCCP, who added:

"I feel like we just signed Harry Kane...two Harry Kanes. Nick and Tom created one of my favourite ever pieces of work with their Marmite Gene Project.  It's so good to have them here helping us turn an amazing year of new business wins into some brilliant creative work.”