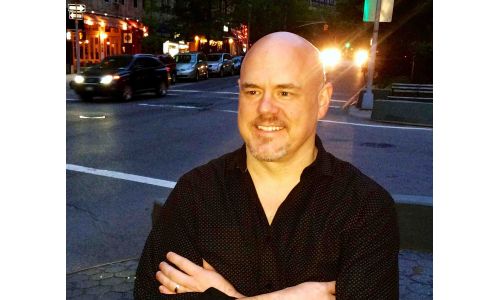 ShootersINC has welcomed Nick Litwinko as Managing Director of ShootersNYC, DIVE & BIGSMACK. The announcement was made this morning by ShootersINC President Ray Carballada, who notes that Litwinko will be overseeing the management of these three divisions, as well as continuing to grow the company’s overall presence in New York.

“Nick’s vast experience in production, television, graphic design and VFX makes him uniquely qualified to increase our presence in the New York marketplace,” explains Carballada. “He will also be key in expanding our integrated model to provide our clients with production services and creative talent from our advertising, motion picture, television development and design divisions. We are very pleased to welcome Nick to the team, as he will make a significant contribution to the company.”

Litwinko’s impressive and diverse industry career began at MTV as a Senior Producer for MTV Promos/Animation. He then became an Executive Producer/Director for MTV Commercials. This experience inspired him to launch his own company, Rogue Creative, serving as EP/Director and overseeing various animated/special effects and live-action commercial campaigns. A tenure back in-house at MTV Home Entertainment as a Producer/ Editor included the production of the award-winning Aeon Flux DVD boxed set of the well known series, as well as writing/directing all of the teasers and trailers for it. After that, Litwinko was named Senior Producer for Psyop in New York. He was then recruited as EP to launch the New York office of BL:ND Visual Propaganda, where he was involved in many award-winning commercial spots and music videos. Litwinko now comes to ShootersINC from 1st Ave Machine, NY where he served as Executive Producer/Head of Production for the past two years, liaising with their South American and U.K. production partners on many commercial projects.

Litwinko agrees with Ray Carballada that the opportunity offered to him by ShootersINC is a “natural next step in the evolution of my career.” He continues: “Ray and I began our discussions earlier this year, and it started to make more and more sense to me that I could leverage all of my experience in these different areas of television and commercials, as well as gaming, web sites, and the digital space to continue his vision for the company. I am committed to this newly created role as Managing Director of New York. I will be able to combine my experience and my entrepreneurial spirit in order to pull together all of the talents and versatility that the Shooters family of companies already have to offer so that we can provide clients a fully integrated and creative process for their projects.”

Litwinko joins Shooters’ and its affiliates at an exciting time. The ShootersNYC team has recently completed commercial projects for Colgate and Summer’s Eve. DIVE is hard at work on a series of TV pilots for TNT and ABC, as well as television series for Starz ("Power") and HBO ("The Leftovers"). Additionally, DIVE is working on a feature film for Exclusive Media entitled "Dark Places," starring Charlize Theron.

BIGSMACK has just been nominated for a coveted Promax/BDA Award for its work with Discovery. ShootersTV, the division of ShootersINC which develops and produces non-fiction television, has signed with UTA (United Talent Agency)/N.S. Bienstock for representation, a premier global talent and literary agency. Lastly, ShootersINC Director Rob Adamo was just named to the coveted “Shoot Magazine” “New Director Showcase,” which highlights the industry’s most up-and-coming directorial talent.