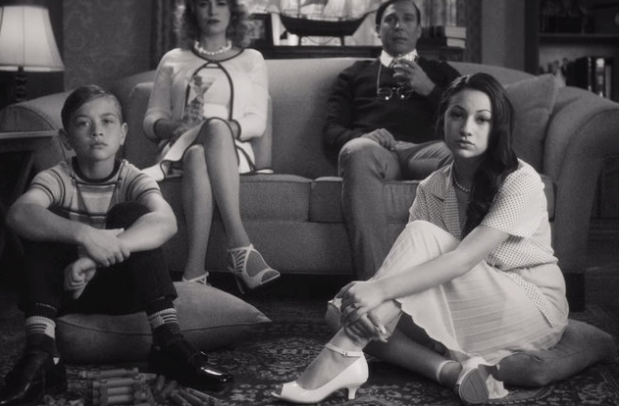 The video begins in a 1950s-inspired, suburban black-and-white setting with Bregoli dressed in pearls and polka dots, a drastic shift from the bad girl image she’s known for.

The video also includes an unexpected, yet entertaining cameo by David Spade who plays a well-meaning milkman, catching Bregoli outside as she “adorably” lashes out on him with a series of curse words.

The video is already soaring to viral status, taking in over 6.1 millions views in just two days.

Emulating such shows as Leave It to Beaver or Pleasantville, Bregoli sits alongside her family of four watching TV, when suddenly the picture-perfect setting is interrupted with Bhad Babie’s true colours appearing on the TV programme as she and Lil Yachty take turns performing the explicit lyrics, horrifying the parents but equally intriguing the young son. The video comedically concludes in colour and modern-day, with the family and David Spade being fully converted to Bregoli’s “gangster” lifestyle.