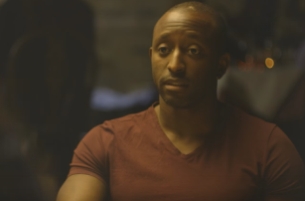 The UK has one of the lowest organ donation consent rates in Europe and every day three people die in need of a transplant because of a shortage of donors.

To save more lives through organ donation, more people need to join the NHS Organ Donor Register and tell their families that they want to be a donor. When someone dies in circumstances where organ donation is possible, it is much easier for families to support an individual’s wishes if they have had a conversation about organ donation in life.

The ‘Better Left Unsaid’ campaign – a suite of three films – will draw attention to the issue and encourage people to talk about organ donation. Written and created by Aesop creative directors Stephen Lynch and Ben Clapp the three films are a series of humorous vignettes inspired by the positioning – On Valentine’s Day some things are better left unsaid. And some things aren’t.

Shot in a restaurant setting, the films are a montage of witty, surreal, awkward and laugh out loud funny interactions between couples. Each film ends with the endline: Share your organ donation decision with a loved one this Valentine’s.