180 Amsterdam's 'The Planet Vs. Bolsonaro' campaign is designed to inspire collective action and empower audiences around the globe to show their support 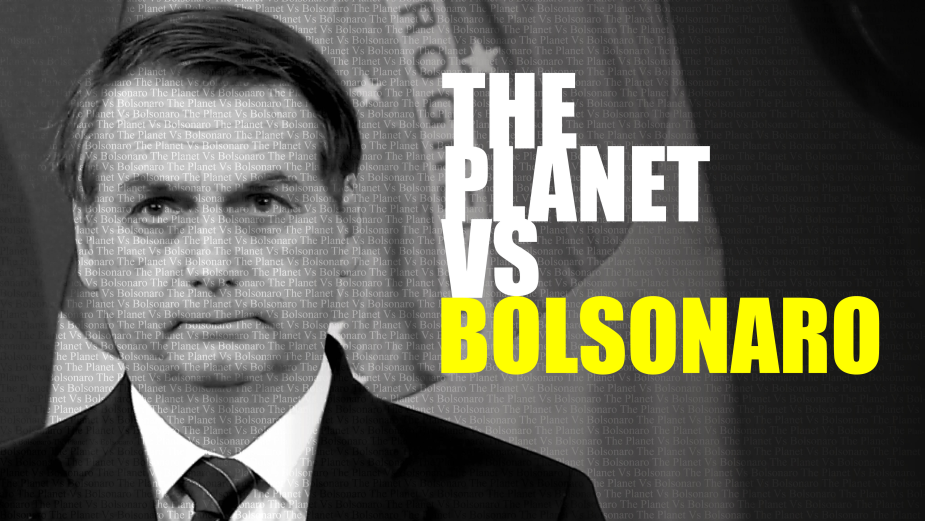 The global NGO AllRise is filing a complaint against the president of Brazil Jair Bolsonaro at the International Criminal Court. It’s designed to establish a groundbreaking legal precedent that makes it easier to hold ecological criminals to account and prevent similar crimes in the future.

180 Amsterdam worked with AllRise to create ‘The Planet Vs. Bolsonaro’, a launch campaign designed to amplify the complaint’s purpose, bring attention to it and galvanise the public to act.

The communications platform and toolkit, including films, print and digital assets, is designed to inspire collective action and empower audiences around the globe to show their support.

The assets have been purposefully designed to be as accessible as possible, to allow anyone to customise their own messaging. 180 Amsterdam created a democratically minded design system that anyone with a working internet connection, no matter their technical prowess, could access.

From the standardised typeface, IMPACT, to the colour scheme and universal templates, the design system gives the planet a united voice to stand up against the environmental crimes that Bolsonaro is committing. To create a voice so loud that the complaint can’t be ignored. 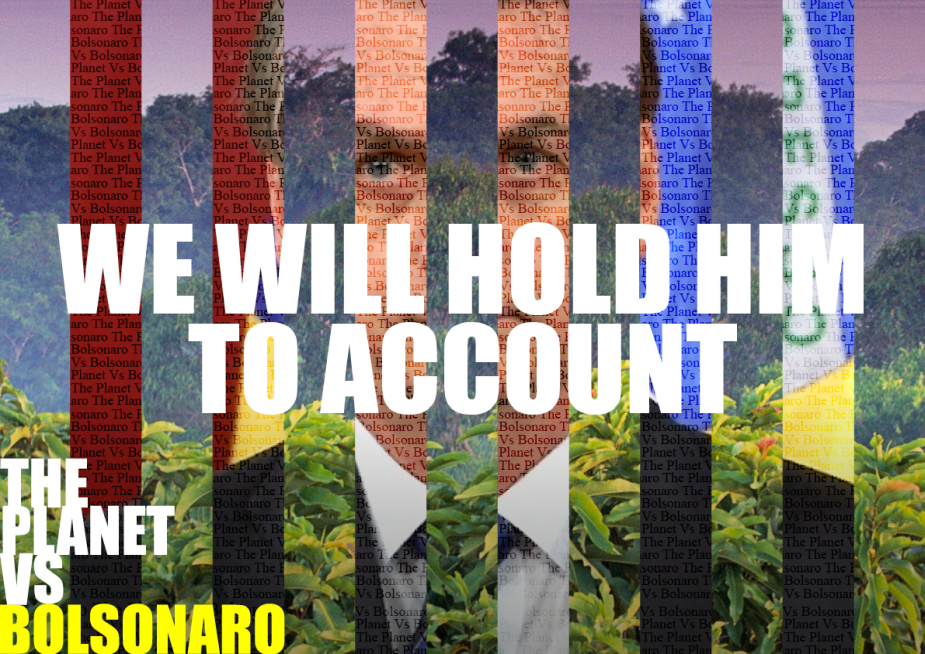 From stickers to GIFs to even the website itself, every design element has been created to work for everyone. The campaign pages are also being launched on a host of platforms from Twitter to Facebook, leaving people with no excuse not to get involved.

Kalle Hellzén, chief creative officer at 180 Amsterdam said: “‘The Planet Vs. Bolsonaro’ is an incredible initiative that can drive remarkable change. We’re so proud to be part of this idea and the democratic design and messaging system that will capture the public’s attention and empower them to act, creating a conversation that is too loud to ignore.”

Johannes Wesemann, founder of AllRise said: “We need to hold powerful individuals, like Brazilian President Jair Bolsonaro, who intentionally destroy the environment, accountable. How? With laws already in place, which we need to use to secure our planet for the generations to come. And with the power of the people. This is why we created a powerful campaign by the name of ‘The Planet Vs. Bolsonaro’ to also win in the Court of Public Opinion. The time is now."

The climate crisis is the single biggest threat that humanity has ever faced. But the scale and complexity of climate change can make people feel powerless as the individuals responsible for exacerbating the crisis often seem immune to the consequences.

By enforcing laws that are already in existence, we the people have the power to bring about very real, tangible change and to hold Bolsonaro to account. Because crimes against nature are crimes against humanity.