Seahawks and Niners face off for Madden NFL 25 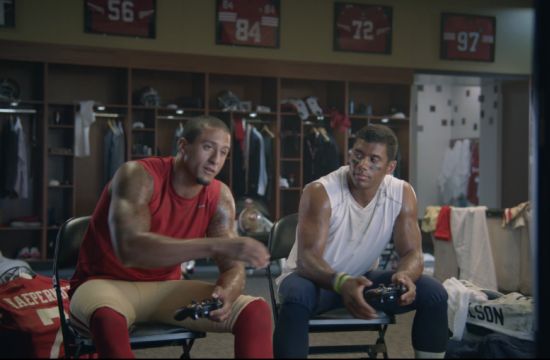 It’s week 2 of a new NFL season, and the Seattle Seahawks will meet their arch rivals the San Francisco 49ers on Sunday, September 15. What promises to be a hard-fought game between two of the league’s best teams is made just a little more interesting in “Madden Match Ups,” a new 15-second spot for EA SPORTS’ Madden NFL 25 videogame. To show how Madden is at the heart of every epic football rivalry, creative agency Heat put together a spot that quickly revisits the rivalry between the Niners’ Colin Kaepernick and Seahawks’ Russell Wilson. As the two star quarterbacks play Madden NFL 25 together, they decide to make the outcome of the big game about more than touchdowns and field goals. They make it about eyebrows.

“Colin vs. Russell”, the first of EA SPORTS’ “Madden Match Ups,” began airing on cable TV and online on September 10.  Further spots will air after the game on September 15, showing the defeated QB making good on the agreement, shaving cream and all.