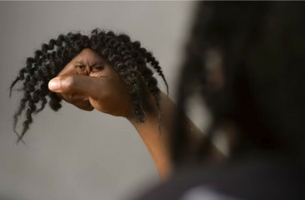 Marshawn Lynch (aka “Beast Mode”) will go down in the history of American football as one of the best running backs of all time.
He retired in 2015 only to re-enter the league to play for his hometown team, the Oakland Raiders.
Marshawn is also a known Xbox gamer.
In “Me & Marshawn”, we imagine conversations between Marshawn and his own hand – the one that holds the controller and feels the power of Madden NFL ’18, while Marshawn plays on the world’s most powerful console.
“Considered one of the most powerful running backs in NFL history, Marshawn Lynch, was a natural fit for Xbox One X – the world’s most powerful console,” said Craig McNary, Director, Xbox Integrated Marketing. “’Me & Marshawn’ is designed for all gamers and signals that Xbox One X puts all of the power in your hands to experience the most powerful Madden NFL ever.  Only his loud-mouthed alter ego, #BabyBeastMode, creates an unexpected surprise by trying to take all of the credit. “
“Me & Marshawn” will start running on December 2, 2017 in the US and Canada and will air in US broadcast with a focus on NFL programming and in major digital/social channels. Madden NFL ‘18 plays Enhanced on the new Xbox One X, which is available now.
view more - Creative