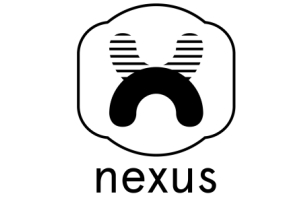 Cannes Lions is now well under way, with awards being handed out & predictions aplenty on who'll be the big winners this year. We caught up with Nexus to find out who they think will be the top dogs taking home only the most prestigious awards.

Q> Which pieces of work deserve to win big at Cannes 2015?

Nexus> Strong ideas deserve to win in Cannes and there are none more powerful than #LikeAGirl. Also, superlative craft as witnessed in Ringan’s Sainsburys ‘Christmas 1914’ spot.

Q> What are your odds-on favourites and are there any long-shots or under-the-radar pieces that you hope get a bit of love from the judges?

N> More long-shot was Under Armour ‘I Will What I Want’ which was a strong example of social media affecting advertising, where unmoderated comments about Giselle made via Twitter are driving her to fight harder.

Q> How well do you think your local market or region is going to do at Cannes this year? What sorts of trends and/or ideas have you seen really catching fire this year that you think Cannes attendees from other markets might be interested to learn about?

N> The UK will have a good year because it is an awards ceremony and we are in the business of doing work that wins awards but it won’t be the country that runs away with it all. It’s not been a stellar creative year for the UK as witnessed by the winners at our big awards this year. We’ve awarded work where technology has been the focus rather than the story and this is wrong.  A piece of tech should never be the lead, it should be the support to a great piece of storytelling.

Look at the Leo Burnett's Cannes Predictions reel and you won’t be surprised to find that out of the twenty pieces of work, six pieces are from the US but what is interesting is that Dubai, China, Japan and Singapore also have work listed.  It may just be there due to politics, hopefully it is there due to being brilliant but the fact is, it is there.

Q> What are your thoughts on the Glass Lion? Do you think it will have a significant impact on the way the ad industry approaches gender?

N> Nexus worked on a campaign for Google called Made With Code with the single-minded proposition of getting more girls to code.  This was initiated by Larry Page, CEO at Google, who recognised that although keen on coding as children, his daughters lost interest at a certain age, and decided that this should be acted upon.

Again, this has nothing to do with the introduction of the Glass Lion but if the point of Cannes is to award the best work out there whether it be for ideas, craft, innovation or changing the behaviour of people, then bring it on. Personally, I’m not sure if it should be to do with gender but more to do with changing the opinion and actions of people.  Channel 4’s ‘Meet the Superhumans’ Campaign for the Paralympics is the hero example here.

Q> Are you talking at Cannes, holding an event or workshop?

N> Chris O’Reilly, ECD and Co-founder of Nexus has been asked by entrant Google ATAP to present Google Spotlight Stories to the Innovation jury.  Nexus are in production on the next 360° immersive short film for this innovative and exciting new mobile platform, with Nexus director Felix Massie directing ‘Rain or Shine’.