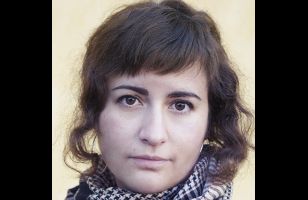 Nexus Studios has announced that artist and animation director Niki Lindroth von Bahr has joined its roster of Directors. Her third film, apocalyptic musical The Burden (Min Börda) will premiere during the 2017 Directors’ Fortnight in Cannes, which runs 18th – 28th May.

Nexus Studios’ Co-founder and ECD Chris O’Reilly said: “Niki is a fantastic new talent whose work we've admired for a while. Her latest short cements her reputation as a unique voice in animation. She brings a cinematic eye to stop-frame, coupled with a brilliant dark humour.  Her work is fresh, current and simply unlike anything else. We're delighted she's joining our roster of world class talent.”

Niki’s previous film Bath House (Simhall, 2014) was screened at festivals around the world including Sundance, Berlinale and Annecy scooping the ‘Grand Prix – Anima’ at The Brussels Animation Film Festival and a VIMEO staff pick amongst other accolades.

You can watch the trailer for The Burden below.