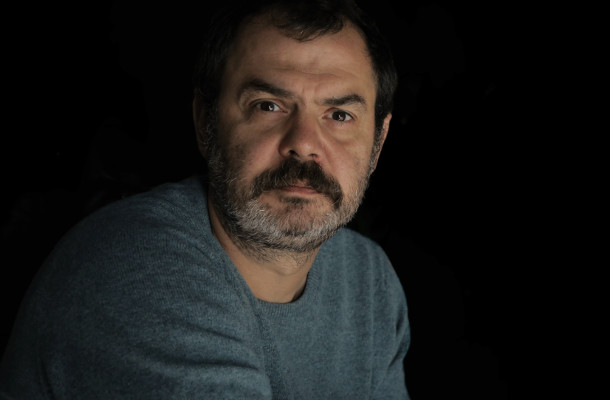 Nexus Studios is delighted to announce that Alex Courtès has joined its roster of directors for exclusive representation in the UK and US.

Through his music videos, graphic identities and cover art, multi award-winning Alex is behind so many defining cultural moments. The man behind Daft Punk’s iconic helmets and graphic art for Air and Cassius, Alex defined the groundbreaking French house scene before directing the Grammy award-winning ‘Vertigo’ for U2 and iconic films for The White Stripes, Kylie Minogue, Cat Power and Pharrell Williams.

Alex’s bold, impactful blend of graphic visuals and live action performance is now sought after by some of the biggest brands in the world including Puma, Paco Rabanne, Peugeot and Adidas to name but a few.

Art directing his own work, Alex often takes a graphic idea (the idea for the iconic White Stripes’ Seven Nation Army video came from the poster of A Clockwork Orange) as a starting point but says there are no rules in the process of generating ideas.

Of the decision to sign with Nexus Studios Alex noted: “I've admired Nexus for a while and I’m excited about collaborating across an amazing breadth of work; I think we’re going to be a good team."

Nexus Studios Co-Founder and ECD Chris O’Reilly commented: “Alex has been behind some of the most iconic work in our industry and has consistently shown a knack for defining culture. He brings a fantastic energy to his collaborations alongside his experience in both artful live action and graphic filmmaking. We’re delighted he’s joined the Nexus talent roster.”